Perth is on the frontier of extremes, isolated from all other major cities in Australia on the largely wild west coast. Perth’s declining water availability from both surface and groundwater sources is well recognised. The Western Australian Water Corporation predicts a 40% decline in rainfall by 2060, and the need for an additional 365 gigalitres of reticulated drinking water for Perth and surrounding towns – that’s the same amount as 146,000 Olympic sized swimming pools, or 3/4 of the water in the Sydney Harbour! Despite a 20% reduction in water use since 2001, metropolitan Perth still remains one of the highest water consuming cities in Australia. 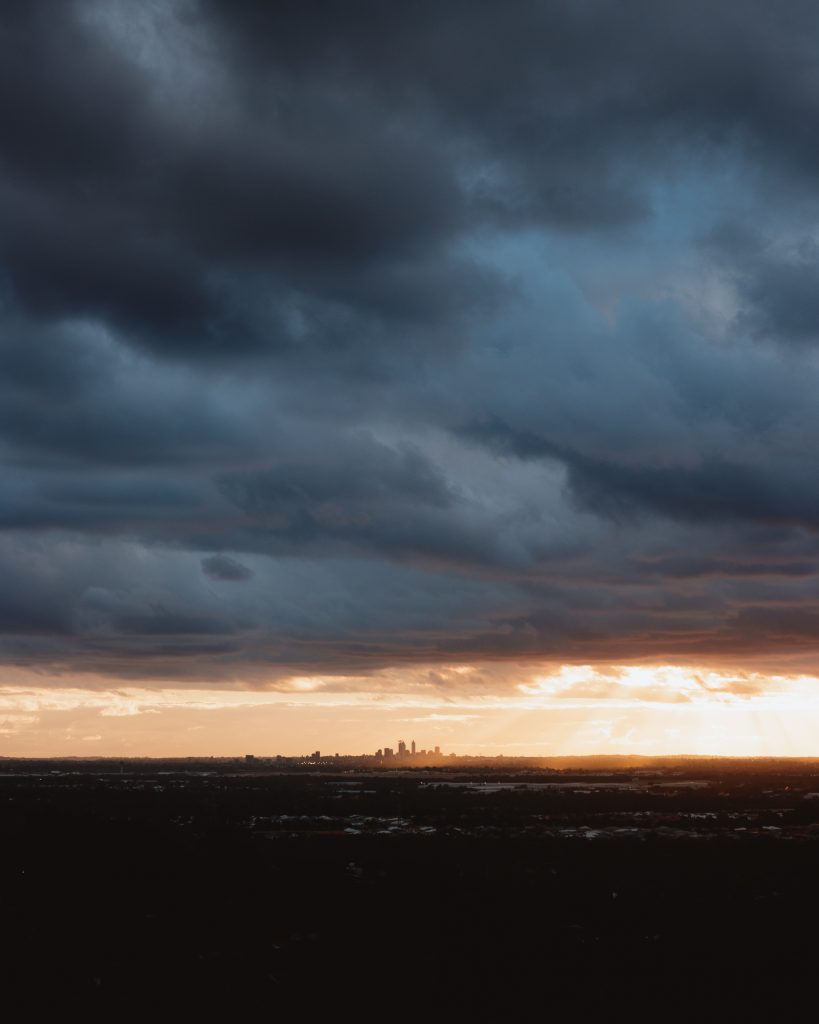 Photo by Kane Reinholdtsen on Unsplash

In order to transition to a water sensitive city, the city’s operations, businesses and community need to optimise their use of water by reducing consumption where possible and increasing the use of non-drinking water sources, such as greywater, rainwater and wastewater, to name a few. The City of Perth is a founding partner in the Waterwise Office Program aimed at reducing water use in commercial properties in the CBD. This “program provides water use performance indicators [to] assess whether [a] building is water efficient and [helps to] identify opportunities for improvement. Since the introduction of this program in 2013, Perth offices larger than 5000m2 have saved more than 254 billion litres of water!” (Water Corporation)

A Bit of Background...

The City of Perth is the capital city of Western Australia, covering an area of 19.37km2.  It has many unique characteristics such as being the largest employment hub in Perth and home to international, national and local business head offices. Perth’s current population is 2,022,044 residents. By 2031, Perth is forecast to have an additional 14,452 new residential dwellings (based on 2006 figures) and 1.2 million m2 of non-residential space, with close to 60% population growth by 2036.

Sustainability is a crucial topic for cities of tomorrow. With global warming and climate change an accepted fact by most people, the impact to the economy and people’s way of life are being realised. With this in mind, Perth is taking the necessary steps to become a liveable and green city of the future. 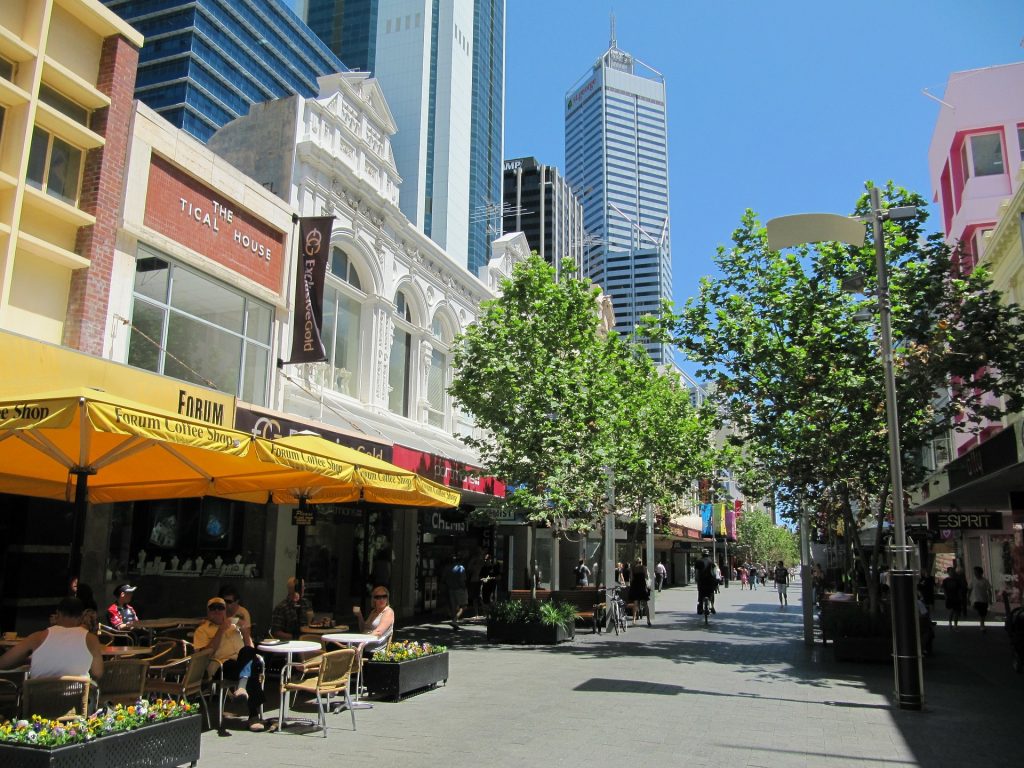 Maintaining Liveability in an Uncertain Future

With a changing climate and increasing urban development, Perth faces many challenges in maintaining its liveability. A number of changes to the climate of the southwest of Western Australia have been projected by the CSIRO, with some impacts already observed: 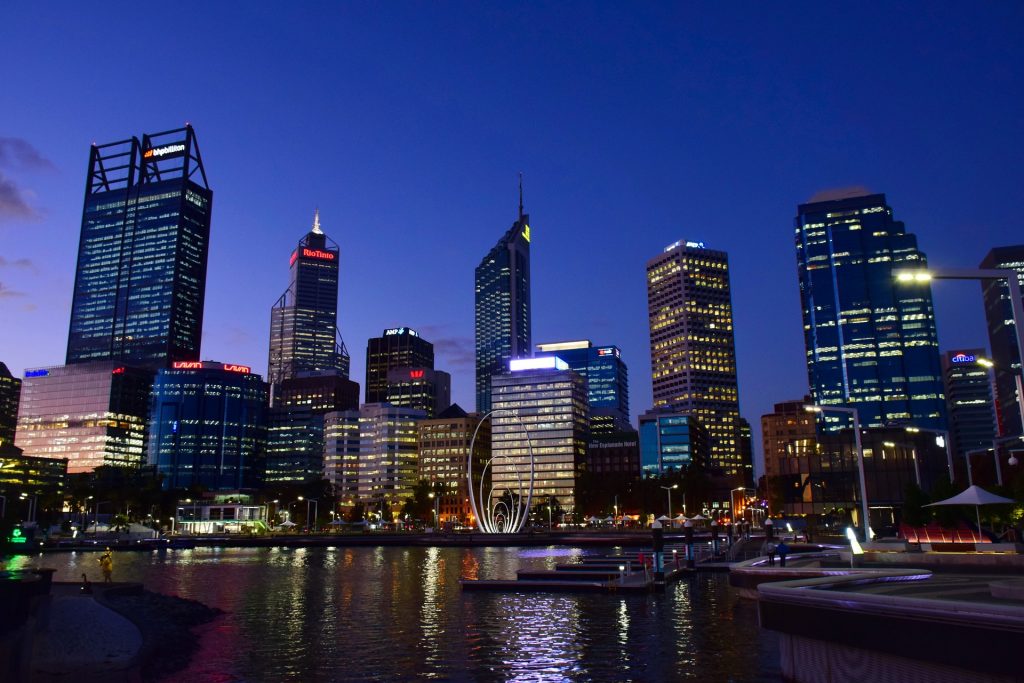 In 2014/15, the City of Perth installed water sensitive infrastructure at its Osborne Park Works Depot, as part of a wider city greening initiative . A water recycling plant recycles water returned from road cleaning operations and from the workshop wash bay, and a rainwater harvesting system collects flows from the main workshop roof. The recycled water is used for the City’s street presentation and maintenance operations 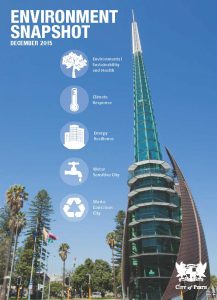 4 Levels of Action - Perth’s Progress Towards the Principles

• Minimise use of groundwater and scheme water from City operations and public spaces
• Supporting partner of Perth’s Waterwise Office Program
• Partner organisation of the CitySwitch Green Office Program
• Commitment to complete an ‘Alternative Water Sources for Irrigation Feasibility Study’
• Commitment to implement and promote water sensitive urban design
• Promote and support increased retention, reuse and use of nonscheme water sources within new and existing developments, precincts, and buildings in the city

“Perth highly values its water resources. The City of Perth leads by example in conserving and efficiently using water, replacing scheme water with groundwater or recycled water to optimise fit-for-purpose use of water wherever possible. The City invests in water saving technologies and practices, actively managing irrigation and other operational systems to respond to climatic and soil conditions.”

The City of Perth’s Environment Strategy works in conjunction with a suite of strategic and operational documents that guide the integration of environmental considerations with social advancement and economic prosperity within all city activities.

The City of Perth works in collaboration with the Water Transition Network and the Cooperative Research Centre for Water Sensitive Cities. The exchange of knowledge and skills between agencies is critical in the adoption of best management practices within the city.

A Water Sensitive City Transition Study will develop an evidence base, establish benchmarks and identify opportunities to facilitate the City’s transition to a water sensitive city.