The invention of the “well” was a revolutionary breakthrough that has been frequently overlooked. This cradle of freshwater was the key to the growth and development of inland communities dating back nearly 10,000 years, that’s 3,000 years before the wheel was even imagined. The well is the first of its kind innovation, which spurred the advancement of a long list of water technologies. Next step has been the creation of (sophisticated) pipeline networks and treatment plants to provide us with this elixir of life, and human beings grew accustomed to an elusive abundance of water, of clean and safe drinking water. But with the passage of time, the already established water purification infrastructure have demonstrated lack of efficiency towards environmental friendliness and in decontaminating emerging water pollutants. The increasing accumulation of emerging pollutants in ground water bodies is a risk to our sustenance and necessitates advancements in water purification technologies. 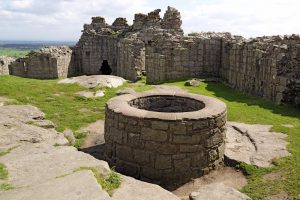 But, while addressing the perils of water pollution with new technological innovation we should also aim at embedding environmental protection, energy conservation or financial viability in the development and implementation of these technologies. Advanced Oxidation Processes (AOPs) have harvested immense importance in recent years for their ability to remove a vast range of organic pollutants, including emerging pollutants by mineralizing them to carbon dioxide and water in many of the cases, at very environmentally and economically feasible reaction conditions. Ozone or chlorine are the most widely used reagents for the purpose of this oxidation. While they have saved our lives since the late 19th century, these reagents are not environmentally friendly in true sense. Firstly, they need to be separated from the treated water before consumption. Secondly, these oxidation processes leave behind several oxidation by-products, which are at times even more carcinogenic than the parent compound. They, therefore require additional separation processes to remove the toxic by-products. Hence, a safer and a more environmentally sustainable process must be established that addresses all these environmental/health issues.

One of the most widely studied Advanced Oxidation Processes is heterogeneous photocatalysis, which uses a solid semiconducting material as photocatalyst. When this semiconducting material is illuminated by light energy, it goes to its excited state by absorbing the light energy thereby producing a pair of electron and hole (e–/h+). This h+ acts as a strong oxidizing agent which reacts with water molecule to produce super reactive hydroxyl radical which eventually reacts with the organic pollutants to degrade it to smaller intermediates, carbon dioxide and water.  Due to its promising potential in pollutant decontamination, coupled with its enhanced economic viability and sustainability, solar-light driven photocatalytic water detoxification has garnered immense prominence when compared to UV-light driven photocatalysis. The key factor that coerces the process to be UV-light driven is the wide band gap of semiconductors used as photocatalysts. Key challenges for enhancing efficiency involve use of entire solar spectrum for photo-stimulation and suppressing recombination of e–/h+ pair apart from addressing usual challenges of reactor design, mass transfer and mixing.

Since the early 1990s, researchers are using chemically modified doped nanoparticles as new photocatalytic materials for visible light activation of the catalyst. Although doping allows catalyst activation in the visible range, it doesn’t solve the enigma of low efficiency of the process that occurs due to recombination of generated e–/h+ pair. Dye sensitization, which has been widely studied in the development of solar cell technology, is a simpler established method for activation of photocatalysts but has not been studied extensively for photocatalytic water treatment. Hence, this new technology opens a new window of AOP which can be successfully used for the purpose of water decontamination.

It can be concluded that in an age where water purification is of enormous significance to humankind, photocatalysis will play an immensely important role in coming years. It can efficiently substitute the high energy demanding conventional water treatment processes by harvesting sunlight, which is the most abundant source of energy in nature. Besides, the reaction conditions for photocatalysis are mild with a considerably reduced reaction time. Besides organic pollutants, the ability of heterogeneous photocatalysis to destroy a wide range of micro-organisms expands its applicability to drinking water purification. Hence, with further studies on increasing the economic viability of the process, including catalyst modifications and reactor designs, the potential of photocatalysis can be successfully commercialized for the process of water purification and recycle.

Malini Gosh is Event Lead of the Local Organising Committee of the IWA Young Water Professionals Conference, taking place from 23 to 27 June 2019, in Toronto, Canada.

The Sustainable Development Goals: an oppor...

We are poised at a moment in history. The demand for water and sanitation services is greater than it has ever been. The role of water in improving human lives ...
DataHealthMembership
Siddhartha Roy November 26, 2020

What can we learn from misinformation on sc...

Science and engineering help us understand the world and change it for the better. For example, advancements in drinking water, from germ theory and handwashing...
EnvironmentHealth
Marta Jimenez August 26, 2016

Can you imagine a world in which antibiotics no longer work? Almost a century after Alexander Fleming’s discovery of penicillin in 1928, the era of life-savin...
Sorry ! This author has no more posts.