I recently worked on developing the Dakar City Water Story as part of the IWA’s Cities of the Future Programme. Learning about Dakar’s well-established urban water governance and innovative projects that attract delegations from other cities from around the world, their story was one that seemed to defy the all-too-often negative narrative around water in African countries. I decided I had to see for myself how Dakar’s journey to become a water leader has been achieved, and what the future holds.

The opportunity to meet with some of the organisations and companies working on water supply and management in the city, and to see how their collaborative efforts are working towards local and global agendas, such as Sustainable Development Goal 6, to ensure water and sanitation for all, provided great insight into how we can address some of the most pressing urban water issues facing cities around the world.

Dakar faces many challenges, including extraordinary levels of urbanisation, lagging services and infrastructure, wastewater treatment and sanitation issues. In recent years, the city has been working in partnership with development banks and other organisations to improve urban sanitation and wastewater management, raising liveability standards and health outcomes for urban and peri-urban populations.

Meeting with each of these organisations during my visit, I had the opportunity to discuss how they are working together and with local communities on Dakar’s urban water resilience. Currently, 2.5 million people are without sufficient sanitation services, including many living in peri-urban areas where rapid urbanisation means services cannot keep up with demand. 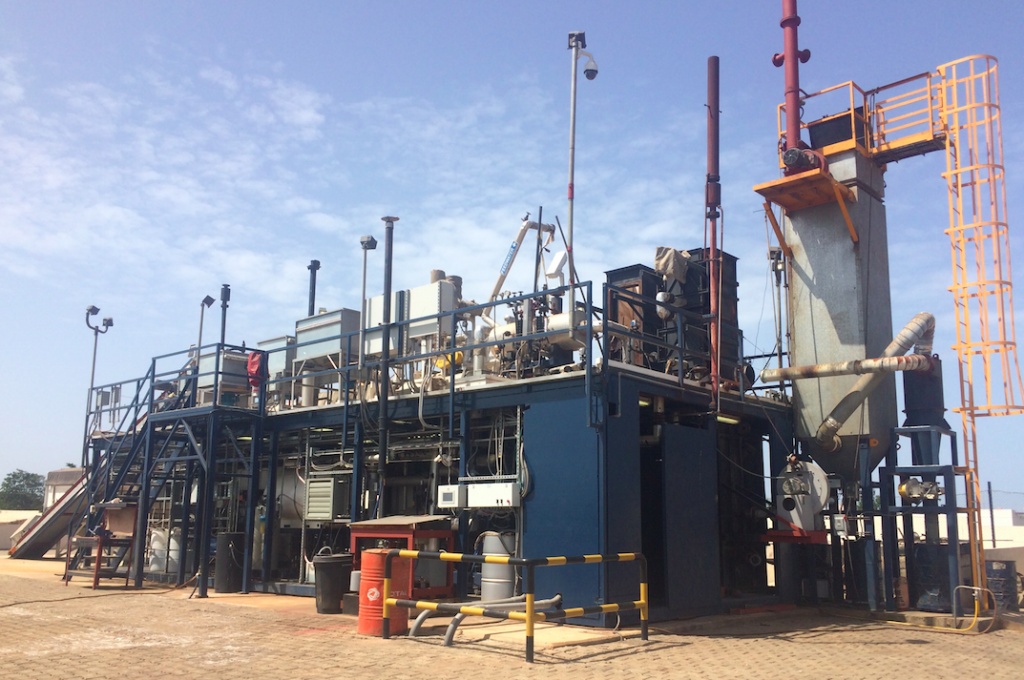 Trying to relieve these pressures, ONAS is working on a faecal sludge management (FSM) response in urban and peri-urban areas, restructuring FSM services and improving sanitation services. This includes components of research, marketing, infrastructure and energy; and special attention is being given to improve the lives of those living in the Pikine and Guediawaye districts, both flood-prone areas.

One of the most successful components of this project has been the implementation of a call centre for faecal waste trucks. The call centre enables competition among the truck companies, lowering the price and increasing the efficiency of waste removal. This has been so successful that other African cities have approached ONAS to learn from this approach.

What ONAS has learnt in order to develop a successful FSM sector that is accessible, sustainable and affordable, is that it is important to promote public-private partnerships, to train waste collectors, to implement regulations on FSM, to diversify the sources of investment, to encourage research and development, and to increase awareness on the value of by-products from FSM and wastewater treatment.

Dakar is creating value from FSM by-products through trialling a Janicki Omniprocessor, a pilot project supported by the Bill and Melinda Gates Foundation and ONAS. The Omniprocessor processes faecal sludge to create fertilizer, energy and potable water. The by-products are currently undergoing intensive testing at local universities to ensure their safety and quality, and assessing the feasibility for scaling up production when a second Omniprocessor is built and installed. Farmers will use the fertilizers, and the energy is used to power the Omniprocessor and the wastewater treatment plant. Potable water is only produced in very small quantities and its use is still being discussed.

The organisation is now working on the dissemination of the results and lessons learnt from the FSM programme. This means communicating the results with other districts in Dakar and, more widely, in Senegal. For example, they have allowed the call centre project to be open-access so that anyone who wishes to replicate this project can do so. This openness to knowledge sharing highlights ONAS’ willingness to foster solutions for sustainable FSM.

ONAS also hopes to increase certifications for FSM truck operators at national level, and to promote the construction of new FSM treatment plants, including the Omniprocessor. Importantly, ONAS will start to position FSM as a new business opportunity for the private sector and their investments.

What does this mean for FSM and waste management in Dakar, and why has ONAS been so successful?

This programme and many others across the water sector, arise from the high level of urban water governance in the city and beyond. SONES, SDE and ONAS are three separate entities working collaboratively across sectors and scales to ensure sustainable urban water governance, accessibility and quality of water for citizens.

Perhaps the most telling evidence of the success of these organisations is that the city has become an example to the world. Delegations from Africa, Asia and Latin America have visited Senegal on fact-finding missions to help improve services in their own cities. What is working in Dakar may soon be replicated in cities around the world.

Why getting ‘water affordability’ right...

Having access to 24/7 potable piped water in the comfort of our dwelling is a luxury that many of us take for granted. In the UK, an annual water and sewerage b...
AfricaDigitalisation
catarinamorais January 11, 2021

By Catarina Morais & Zach White of GSMA In Sub-Saharan Africa there are more unique mobile subscribers (477 million) than there are people with access to sa...
AfricaDevelopment
godfredamankwaa March 23, 2020

COVID-19 and ‘Chasing for Water’: Let’s revisit the Everyday Experiences of Water Access in Poor Urban Spaces.   “……in most parts of our wo...
Lisa Andrews March 21, 2018

One year since their endorsement, where are...

Collaboration is key to seizing the reuse o...

Infrequent or a lack of potable water supply has made wastewater reuse and recovery a method of choice for many across the globe. Whether it has been for hundre...
Climate changeUrbanisation
Lisa Andrews July 19, 2016

Populations are growing and urban areas are expanding. If UN projections are correct, in 2050 there will be over 6 billion people living in cities, roughly two ...