Can the Paris Climate Negotiations Succeed if Water is Ignored?

We live in a changing world that is quickly becoming water scarce. Fresh water is critical for human wellbeing, as well as for healthy ecosystems and sustainable economies. Yet water scarcity is increasingly a global reality and water resources are facing unprecedented pressures. Rapid urbanisation, coupled with population growth and changing consumption patterns are being exacerbated by man-made climate change and variability.

We have reached a point where water is now considered to be one of the highest global risks. Climate change and variability, and the increasing frequency of extreme weather events, call for entire economies and nations to adapt and for radical solutions to address water security.

So why does the current text negotiated for the COP21 climate discussions exclude water? If water does not take its rightful place we will be making a mistake of historic proportions, a lost opportunity for effective mitigation and adaptation that will haunt us for years to come. The international community is sending mixed messages: in September water gained its own Sustainable Development Goal, making it a global priority; two months later, climate negotiators seem to have forgotten water exists.

Water is not just a ‘victim’ of climate change, it offers answers to climate change. Water companies are typically energy intensive, between 10% and 35% of operational costs are on energy consumption. The water sector contributes between 2-5% of global carbon emissions, as well as contributing towards other greenhouse gas emissions, including nitrogen oxides and methane, that have much larger multiplier effects on global warming.

New and existing technologies, combined with innovative regulation and financing, can incentivise the water sector to become energy and carbon neutral. Water utilities in Denmark, Germany and the Netherlands already operate treatment plants that are close to energy neutral; and the IWA is developing a framework to enable water utilities around the world to make an easier transition to neutrality over the next 20 years.

This will reduce carbon emissions and save up to 40 per cent of a utility’s overall costs. This is crucial at a time when many utilities are struggling to get the ends meet. A major adaptation is needed in the amount of water we abstract, how we use it and how we re-use and discharge wastewater. Currently, some 80 per cent of the world’s wastewater is discharged into nature untreated, contributing to greenhouse gas emissions.

Jordan, a country where the availability of water resources per capita is one of the lowest in the world, exemplifies the water challenges we face. Rising industrial and agricultural production to meet the needs of a growing population, including the 1.4 million refugees recently absorbed from neighbouring countries, are combining with climate change to produce a potential ‘worst case scenario’. 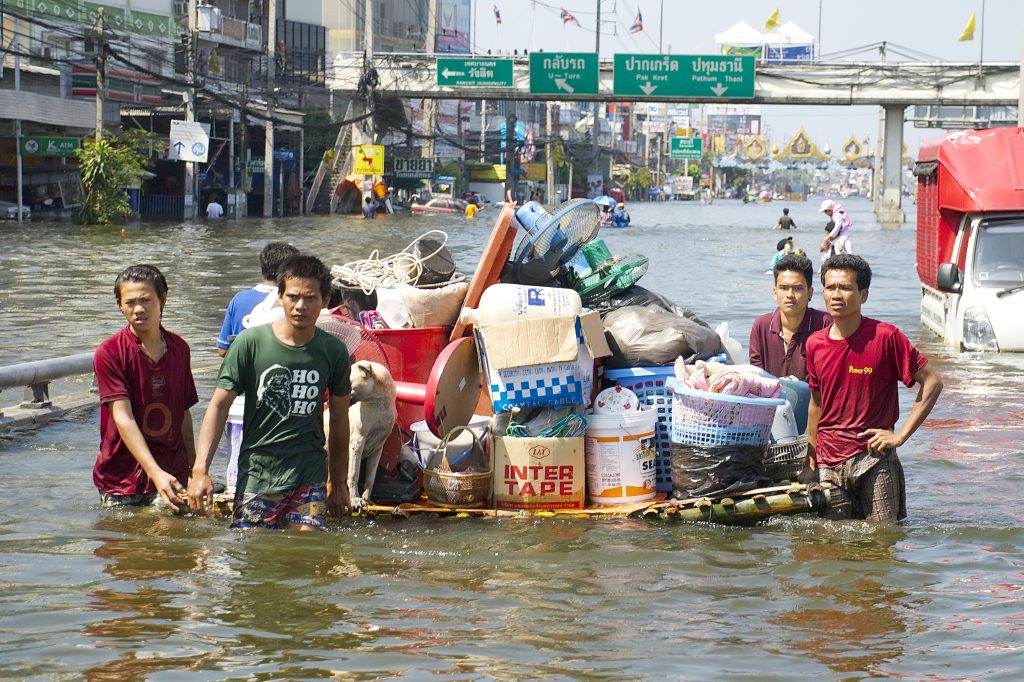 In the Middle East prolonged droughts and soaring temperatures will become the norm. Political instability and water conflicts between communities and countries are real dangers. Yet in the water sector we possess the technology and knowhow to solve these challenges. Significant investment in water infrastructure and best practice water management, good governance and the right policy and financing frameworks, can ensure water security in Jordan and elsewhere.

During the IWA Water and Development Congress last month in Jordan, Hazim el Nassar, the Jordanian Minister for Water and Irrigation, made it clear that water resources are being depleted at unsustainable rates. Jordan needs major support, including financial support of billions of dollars, to prevent it from falling prey to water-related instability. Tensions between Jordanians and large refugee populations who’ve fled Syria and Iraq are already heightened.

To keep Jordan afloat a major international effort is needed, unparalleled in the region to ensure technology is put in place to re-use water, increase efficiency, pay the electricity bills of water and ensure water is provided to all communities.

Jordan’s situation is not unique. Many parts of the world will face similar conditions over the next 20 years. While we are negotiating on climate change in Paris, we should not forget that countries already are on the edge of serious climate conditions, like Jordan, do not fall prey social, political and economic instability. Adapting to climate change through water management is therefore not to be forgotten when it comes to negotiating the next climate deal.

Past IWA Executive Director, IWA Board Member
Ger Bergkamp is the former Executive Director of the International Water Association. He held the post between the years, 2012 and 2017. Connect with Ger Bergkamp on IWA Connect.   Read full biography
Climate change
Dr. Piyamarn Sisomphon December 4, 2018

It has been seven years since Thailand was ravaged by severe flooding, significantly weakening both the economic and social environments of the country. Attribu...
Climate changeSociety
Mona Grieser September 19, 2018

The water you already have is the cheapest ...

Water resource challenges in the Philippines For many people in the Philippines, water through heavy rains has always been an abundant resource. More recently h...
Climate changeEnvironmentUrbanisation
Robert Skinner April 14, 2016

Can Water Help Our Cities Cope with Rapid U...

The impacts of rapid urbanisation and climate change mean our cities are at risk of becoming “unliveable” unless we dramatically change the way we plan and ...
Climate change
Ger Bergkamp March 23, 2017

This year, winter was on Sunday

The new round of climate change negotiations taking place at the COP22 in Morocco this week brings a new opportunity to address the critical issues of water sca...