98 Years. I guess it has to happen sometime?

Being involved in organising the 8th International Young Water Professional’s Conference has been quite a rollercoaster ride. Initially, everything seemed to be going right – we were awarded a substantial grant by South Africa’s National Research Foundation / Department of Science and Technology which enabled us to book venues and pay deposits … unsurprisingly, this trend did not go on forever.

After a good start it became increasingly evident that in the current economic climate getting large sponsorships for the conference would not be easy. Then the reality of the drought threatening Cape Town began to be realised. For three years the rains have not come – is it climate change? Does it matter? Unless there is adequate rainfall, and the rainfall season is almost over, the City is likely to face a significant challenge in supplying the population with water until the winter of 2018.

So why the title of this blog?

Over the last month I, and my family, have had to say goodbye to my grandfather of 98 years. This has given me reason to think about the stories he, and his generation, told me about how the world and Cape Town have changed. When he left Australia in July 1930, the Sydney harbour bridge was not yet complete, and on arrival in Cape Town the harbour didn’t exist in its current form – the land had not been reclaimed. The house I grew up in would have been on the outskirts of town (now well within the boundaries); the Cape Flat’s (where a large portion of Cape Town’s residents live) was still largely undisturbed wetlands; and the Liesbeek River, on which my PhD focused, was not yet canalised; World War 2 was yet to begin; Apartheid was yet to officially start (although forms of apartheid existed prior to the 1930’s). 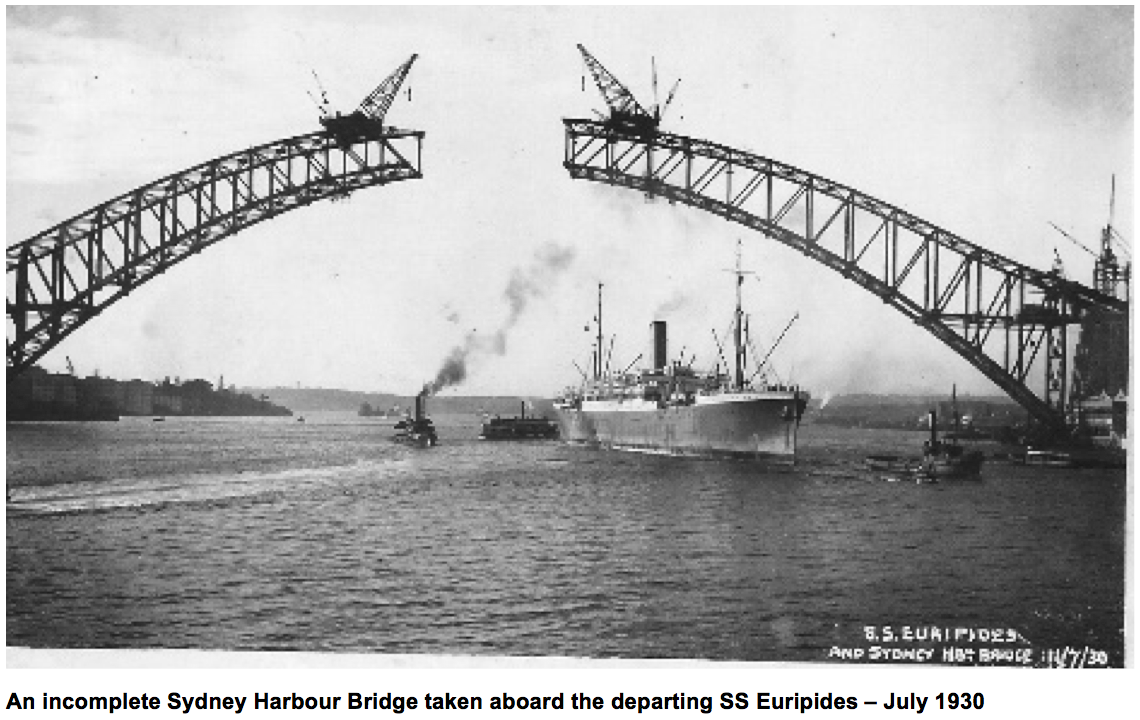 In his lifetime Cape Town, then a city of half a million people, never ran out of water – at 4 million, the population today is eight times that size. There were a couple of droughts, but a new dam, restrictions and other measures were enough to ensure that the city had water.

As engineers we are often told that Cape Town’s water supply system is designed with a 98% surety of supply. This means that, on average, once in 50 years (or twice in 100 years) supply will not be able to meet demand – without intervention. To prevent the water system failing, the municipality and the national government implement water restrictions. Cape Town is now on level 5 water restrictions but the last three years have been devastatingly dry and, even with the restrictions, there is a real possibility that the city will struggle to supply water to its residents in 2018.

Thinking about the changes that Cape Town has gone through, I have wondered about how these might have contributed to the challenges we face today. Has development negatively impacted on the water supplies? Should more infrastructure have been planned? Should the city’s population have been restricted to the available water resources? Are we as citizens wasting water?

In preparation for the worst, I spent the weekend installing rainwater tanks – to catch the last few rainfall events this year. Even if they fill up, which will require >40mm of rainfall, I will only have 3kl of water for 3 people. At 50 litres per person per day, that is only 20 days of water supply. Only 20 days and they take up half my small garden. Installing the tanks has taught me that, even though last year we were only using 100 litres (now less than 87 litres) per person per day, it was probably still too much. Do we really need all the water we use? Even though we use a greywater harvesting system, could we not use water more efficiently?

Is this the new normal?

I’ve also wondered whether this is the impact of climate change? Is this the “new normal”, or is it just that we are experiencing a really bad drought? Do we really know?

In South Africa water supply is a function of government at all levels – not just that of a city. As an engineer I wonder how the government will ensure water supply. One plan Cape Town has recently revealed, is that the City will be calling for up to 300 million litres per day to be provided through desalination. Having been involved in research relating to Water Sensitive Urban Design, my stomach churns. Not because desalination is bad, but because of the considerable cost. The mayor has already said rates will go up. Does the city really need 1/3 of its supply to be provided by desalination? What will the real cost be? Is it sustainable? What happens when it does rain? Will we mothball the desalination plants – as happened in Australia? 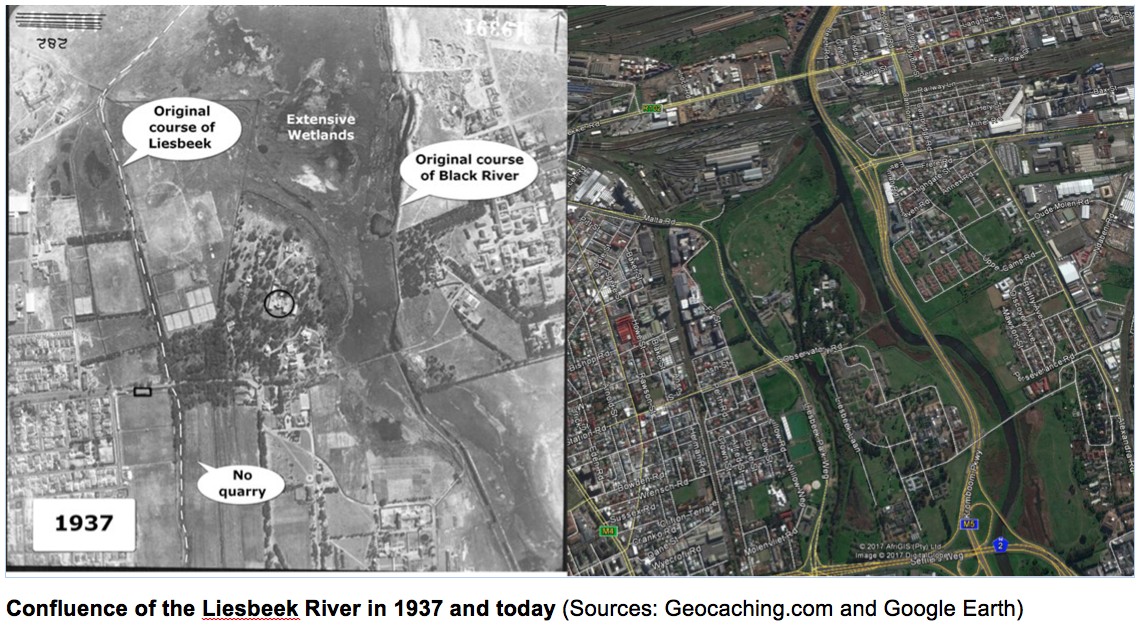 If this is the new normal, then maybe desalination is the only option. Recent climate studies indicate evaporation will increase in Cape Town, but that rainfall will remain roughly the same, although it will occur on fewer rainfall days. Maybe there are new models, but how do we know if they are correct? Within this uncertainty, how do water system engineers and resource planners, plan and design for the future?

In reflecting on the last 98-years, what has changed, what remains the same, and seeing the massive changes that have taken place, I now wonder about the next 98-years.

Will we face another drought like the one we are experiencing? Will water become increasingly precious? Will we diversify our water resources or become increasingly reliant on one source, be it desalination or groundwater? Will the worst-case impacts of climate change be realised? Will continued urban development be appropriate, economically or politically?

These are Big Questions, and ones that also apply to many other cities across the world. Whether “Rich” or “Poor”, getting the responses right is important because they may well impact on future responses. Otto von Bismarck is noted as having observed that: “Only a fool learns from his own mistakes. The wise man learns from the mistakes of others.”

For this reason, I’m especially excited that the 8th International Young Water Professionals Conference will be taking place in Cape Town in the midst of this crisis. It will make the research presentations, workshops and discussions about the challenges the water sector faces all the more real. It will no doubt focus the conference, and energise the delegates who are the future planners and managers, to learn the lessons from Cape Town and elsewhere. It will ensure the management of water continually improves, and any missteps are not repeated elsewhere.

We are in the process of arranging a panel discussion to learn – as future sector leaders – any lessons there are from experiences of water scarcity from around the world, including Cape Town. While the city faces many challenges, they have much to offer from which others can learn.

What else is making me excited about the International Young Water Professionals Conference?

Our Keynote speakers Richard Ashley (UK) will be discuss “Economics, so called nature based solutions and uncertainty”, while and Gustaf Olsson (Sweden) who will tackle the question “Making water systems smarter and available for all”.

Our other Keynotes include Faith Matshidiso Hashatse, Chairperson of the Rand Water Board, who knows all too well the challenges of providing water in a rapidly urbanising city; and Adriana Marais, potentially the first South African to go to Mars, where water will clearly be an issue.

These are all fantastic speakers in their own right, but the context of the challenges Cape Town is facing makes their inputs all the more valuable.

IWA Emerging Water leader & Stormwater Engineer, Aurecon
Lloyd is currently employed as a stormwater engineer at Aurecon in Cape Town as a civil engineer specialising in water engineering services. He has several published works, including guidelines and reports as well as conference papers and journals, w... Read full biography
Africa
Sarah Tibatemwa May 17, 2017

I recently worked on developing the Dakar City Water Story as part of the IWA’s Cities of the Future Programme. Learning about Dakar’s well-established urba...
AfricaAsia-PacificIndustry
Roy Agterbos December 12, 2016

The IWA World Water Congress & Exhibition is a big and complex event that involves dozens of partners and two years of preparation. Every two years a new ci...
Sorry ! This author has no more posts.