EnvironmentHealthSociety
The view over the river and green

Governments around the world have adopted the Sustainable Development Goals to stop and reverse the decline of water quality and the destruction of freshwater ecosystems. They have set ambitious targets to “improve water quality by reducing pollution, eliminating dumping and minimizing release of hazardous chemicals and materials”, and to “protect and restore water-related ecosystems, including mountains, forests, wetlands, rivers, aquifers and lakes”.

This is an opportunity to reverse decades, or even centuries, of environmental degradation, and to get serious about replenishing the environment.

What is the size and scale of the effort required to reach the goals set for 2030? There are around 165 major rivers in the world with a total length of approximately 300,000 km; and many smaller rivers, with an approximate length of another 300,000 km. This leaves us about 600,000 km of rivers to deal with.

This is no small task. But restoring water quality, healthy ecosystems and biodiversity will not only benefit freshwater ecosystems and users downstream, including rapidly growing cities, but also marine life in coastal areas and the oceans.

Water quality degradation, in particular from nutrients such as phosphorus and nitrogen, requires us to tackle three major pollution sources: untreated wastewater from industrial and urban sources; agriculture fertilizers seeping into rivers, lakes and groundwater; and atmospheric deposition of nitrogen-containing compounds from the burning of fossil fuels. Each of these sources requires its own set of solutions.

Currently, 80 percent of the world’s wastewater is not treated before it is discharged. With a figure this high, is it realistic to achieve high levels of treatment by 2030? Experience dealing with the same issue in Europe leads me to say “Yes”. The adoption of the Water Framework Directive in 1998 revolutionized the situation in Europe. Wastewater treatment was installed along a good part of the 40,000 km of European rivers, resulting in major improvements in water quality along at least 20,000 km.

Policy measures and on-the-ground efforts by countries bordering the Rhine River, for example, significantly reduced sewage and industrial emissions of nitrogen into open waters. This led to a 37 percent reduction in nitrogen, vastly improving river conditions and reducing oxygen depleted ‘Dead Zones’ in the North Sea. 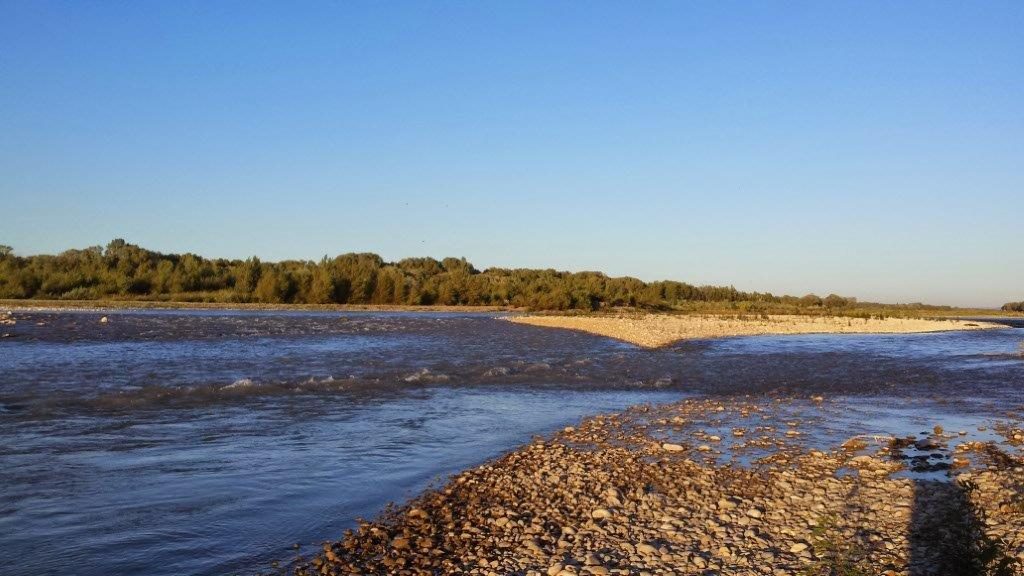 Wastewater treatment efforts in China have been even more impressive. Between 2000 and 2014, wastewater treatment in cities increased from 480 to 3720 facilities, increasing treatment from 22 Mm3/day to 157 Mm3/day. This amounts to servicing an additional 36 million citizens per year with wastewater treatment (or 98,600 people per day for 15 years). This is already reducing local pollution levels and at least another 2,500 treatment facilities are planned in the next five years.

Progress is happening. Yet, to reach the targets we need to accelerate, scale up, and see progress in other countries and regions. Our efforts could be particularly successful if we turned wastewater into a source of re-used water, energy, fertilizer and other valuable materials.

In addition to wastewater, one of the biggest challenges is pollution from agriculture. Precision agriculture, where the right amount of fertilizer is applied exactly where needed, will help. Smarter and more efficient ways of applying fertilizers will help. Improving tillage and fertilizer application will reduce costs for farmers as less fertilizer is needed to grow the same or higher crop yields. This change in fertilizer practice can be combined with planting river-bank vegetation strips that capture nutrient loaded runoff. These two measures can drastically reduce agricultural pollution.

Improving water quality is one thing, restoring whole river ecosystems is yet another. In recent decades, we have changed the global runoff of rivers dramatically. As a result of dams, reservoirs and over-abstractions of water, downstream river-flows have been reduced, often to a trickle. For example, the Yellow River no longer reaches the sea, while the Jordan River has become a polluted stream.

Success requires us to focus on three critical actions.

First, we must establish environmental flows in all 165 major river systems in the world. This means leaving sufficient water in the river for downstream environmental use, enabling these rivers to continue to reach the sea.

Secondly, we need to restore habitats, all the way from hilltop to ocean. This includes reforestation of upper watersheds bringing springs back to life, restoring critical wetlands along rivers and lakeshores, and protecting estuaries and coastal zones.

Thirdly, we need to ensure that fish migration up and down rivers is restored, by removing or enhancing river-blocking infrastructure such as dams and dikes. Something easily done, but requiring much political will and broad stakeholder endorsement.

Achieving the ambitious Sustainable Development Goal agenda will require enormous effort, and cannot be done without taking into account other water abstractions and users. It’s only with a clear agenda and successful stakeholder engagement that we will be able to restore the quality and life in the world’s rivers. Examples from around the world, such as the Murray-Darling River Basin in Australia, give me hope that it can be done.

These critical issues will be central to the debates at the IWA World Water Congress & Exhibition in Brisbane, Australia (09-14 October, 2016), including:

Protecting basins and restoring those that are already degraded should be a priority to ensure a balanced approach to development that sustains cities and industries and the ecosystems they rely on. The Basin Leaders Forum will provide an opportunity for water resource managers from sectors across river basins to share knowledge and experiences, and explore pathways for sustainable economic, social and environmental development of catchment areas.

Past IWA Executive Director, IWA Board Member
Ger Bergkamp is the former Executive Director of the International Water Association. He held the post between the years, 2012 and 2017. Connect with Ger Bergkamp on IWA Connect.   Read full biography
EnvironmentHealthSociety
Bruno Nguyen September 8, 2016

The failure of water services is dramatic, affects thousands of people and businesses, has financial implications and is likely to hit the local, if not the nat...
EnvironmentSocietyUrbanisation
Chris Shugart November 28, 2016

The water sector faces many challenges. None is greater, or with greater potential for impact, than achieving Sustainable Development Goal 6, on water and sanit...
AfricaAgricultureEnvironmentHealthSociety
Marie R. Sagen January 19, 2017

As the sun sets over the lush fields in the Indian city of Kolkata, it suddenly dawns upon me: this is the circular economy in action. It may be a low-income, l...
Climate change
Ger Bergkamp March 23, 2017

This year, winter was on Sunday

The new round of climate change negotiations taking place at the COP22 in Morocco this week brings a new opportunity to address the critical issues of water sca...