The International Water Association’s 2022 World Water Congress & Exhibition officially came to a close on 15 September. The edition, held in Copenhagen, Denmark, was a huge success, combining an expanded programme, important launches and announcements, and excellent attendance in terms of delegate, exhibitor and visitor numbers.

Innovations in the event format and features included IWA’s first High-Level Summit, which saw the participation of government ministers. This added a political dimension that covered three topics – finance, governance, and partnerships for water and the Sustainable Development Goals. 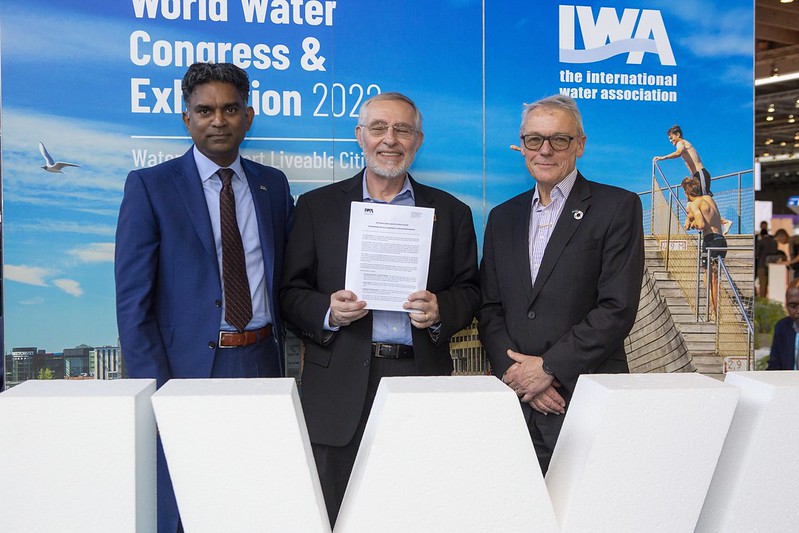 Young water professionals (YWPs) represented a key dimension of the Congress, with them having an even greater profile than during previous editions. In particular, the week saw announcement of an endowment fund for young water leaders, supported by founding donors Glen and Patty Daigger; and the announcement of funding for YWPs to participate in next year’s meeting to review progress of the UN SDGs, supported by Grundfos. YWPs also had a prominent role in running and participating in sessions, including in a plenary session focused on Uniting Youth for Water.

“All of this has added even greater breadth and depth to our Congress. So, it is no wonder that we can say that this week in Copenhagen has given IWA its most successful Congress in the history of IWA. We have made history here in Copenhagen,” commented Kala Vairavamoorthy, Executive Director of IWA.

During the closing ceremony held on 15 September, IWA announced the inspiring utility stories featuring in the first edition of its Climate Smart Utilities Recognition Programme, with this 2022 edition having been supported by Xylem. 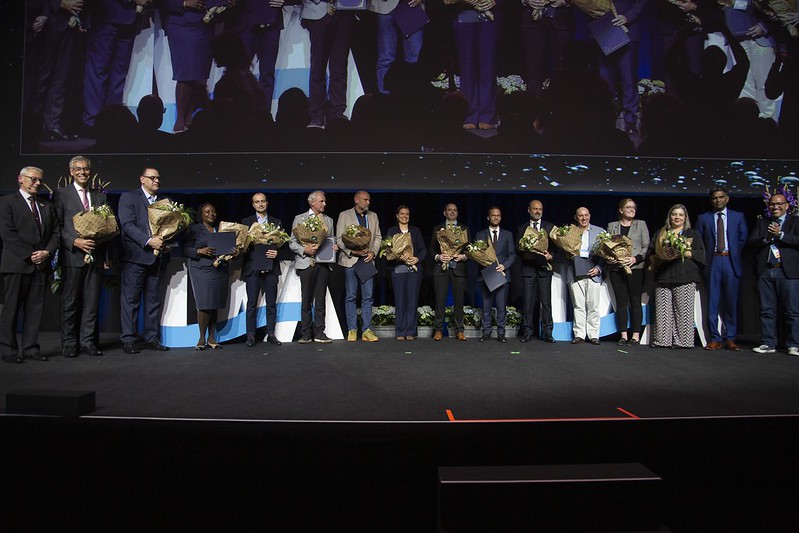 Some of the Climate Smart Utilities ‘Most Inspiring Stories’ receive recognition on stage during Closing Ceremony, with Alexander Austin, Xylem

The closing ceremony also included the announcement of the three best poster presentations, selected from the more than 500 posters submitted. These were:

These announcements in the closing ceremony followed others made during the week, including the outcomes of the IWA High Level Summit on 12 September, the winners of the 2022 IWA Awards and of the Project Innovation Awards, two technical publications and multiple Memoranda of Understanding signed by IWA. Find out more here: https://iwa-network.org/media/

The dates and location of the next IWA World Water Congress & Exhibition have also been announced. The next Congress will be held on 11-16 August 2024 in Toronto, Canada.

All the official photos from the event are available on IWA’s Flickr.

Queensland’s variability in rainfall is among the highest experienced in the world. This rainfall variability leaves the State vulnerable to extended dry peri...
EnvironmentSociety
Amanda Marlin October 14, 2015

The SDGs Make it an Exciting Time to Work i...

It’s an exciting time be working in water, sanitation and hygiene. The Sustainable Development Goals (SDGs) have just been adopted and not only do we have a s...
EnvironmentHealth
Marta Jimenez August 26, 2016

Can you imagine a world in which antibiotics no longer work? Almost a century after Alexander Fleming’s discovery of penicillin in 1928, the era of life-savin...
SDGs
Benedetta Sala April 13, 2021

In March this year, UN Water, in collaboration with other UN entities responsible for SDG 6 targets, launched a report to summarise the progress towards achievi...