For many rural farmers, fishers and communities, food, water and energy resources are not considered as separate issues, they are just part of daily reality and need to be managed accordingly. Yet, the conceptual separation and consequent management of these resources is what has happened in the world of experts and government bureaucracies.

In a world with increasing demand on limited resources, the multiple interlinkages and dependencies between sectors produce unforeseen and often negative impacts which require greater integration not less. If we are to better manage uncomfortable surprises between sectors, we need to take a holistic approach, not only conceptually but also in practice.

As decisions move to higher levels of administration, from district to region to state, and to the level of international agencies, there is increased specialization creating barriers to integration. This can create an “entwined predicament” of intermeshed water, energy and food issues.

Complex processes require more specialization for their effective management but which unfortunately leads to work in silos that don’t communicate between different agencies. This perplexing situation can often be more easily addressed at lower levels of organization: family, community, even village councils and municipalities, where nexus considerations are present as interlinked realities of daily life.

Addressing these issues, the Nexus Governance: Harnessing Contending Forces at Work Synthesis Paper presents examples from Nepal, India and Thailand to highlight some of the challenges in development approaches to harness multi-sector, multi-discipline and multipurpose thinking. 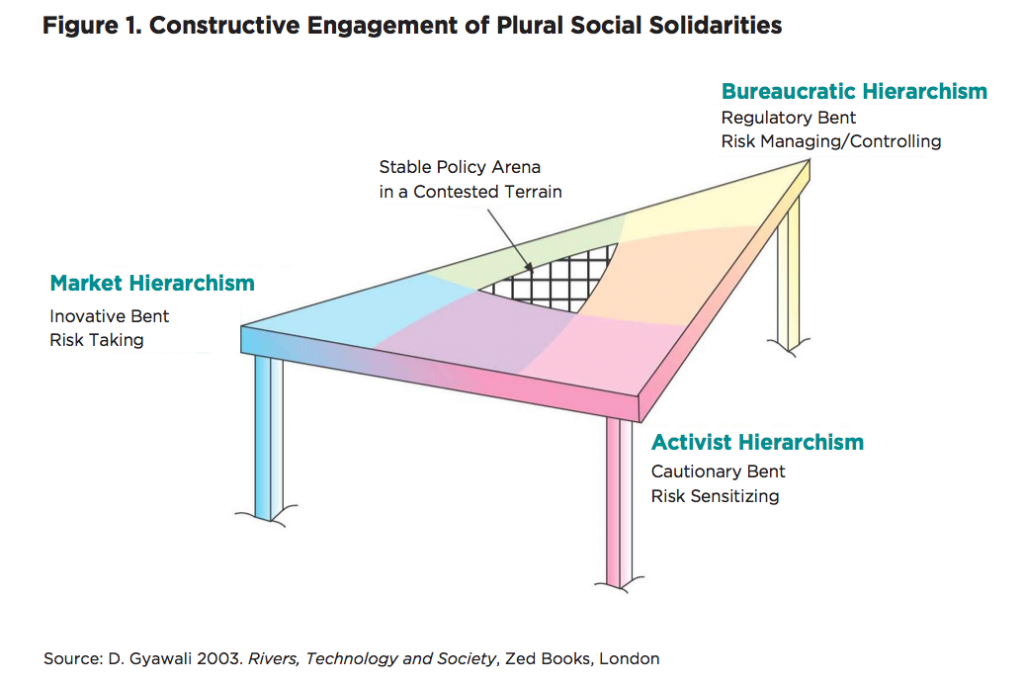 One in-depth case study focuses on the Kulekhani reservoir, Nepal’s only large dam and the only seasonal storage type hydroelectric project in the integrated Nepali power grid. The Kulekheni hydroelectric power stations are a cascade of three stations, two of which are operational. The first was completed in 1982 and the second in 1986.

The high dam and reservoir are above the first station, the lower ones exploiting the regulated tailrace waters from the large upper station. When the project was designed in the 1970s it focused on developing hydroelectric power and never considered using the stored water of Kulekhani, either within the reservoir for fisheries or downstream for irrigation and drinking water.

Despite the lack of benefits for other sectors, informal markets as well as social and environmental groups exploit these ‘created’ water resources, or advocate appropriate alternative and often local uses.

The people that were affected by the dam began cage fish farming downstream of it. There were no official agreements for this with the national utility and utility officials were not concerned with the fish farming as it was downstream, did not affect power generation, and belonged to another ministry. Flooding and consequent landslides in 1993, caused by a cloudburst delivering 540mm of rain in a day, washed away the intake for the power station which had to be re-constructed.

The utility undertook sudden and quick dewatering of the reservoir during the construction which killed all the fish that the villagers had been farming, resulting in local conflict. Nevertheless, today fish farming continues as part of the informal economy through a self-organized cooperative with no government regulation, and no planning with the Nepal Electricity Authority.

Other informal activities such as irrigation downstream of the dam also continue today due to increased dry-season flow from the reservoir’s release. This activity is now finally being recognized as important by the Department of Irrigation.

Another de-nexused (meaning there is no clear connection with other sectors despite activities having interlinkages) player is the downstream Hetauda Municipality. Only since the town’s water supply saw decentralized local management has there been consideration of augmenting water supply with water from the Kulekhani-3 tailrace.

These are examples of how nexus thinking naturally appears at the local level especially when there is a more representative political process. Blindsided at higher, national levels, a central water bureaucracy (also known as hydrocracy) fails to understand the local context, or to recognize the impacts and opportunities of water infrastructure development. 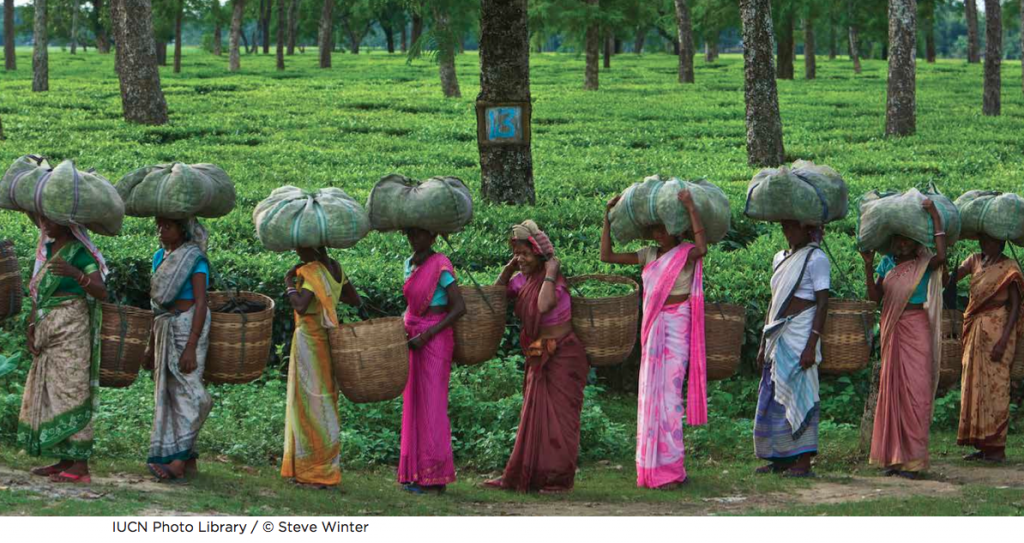 So what needs to happen to foster “nexus” thinking where the interlinkages between water, energy and food are understood, acknowledged and managed accordingly? A crisis is good for stimulating nexus thinking, but strong, visionary leadership is equally effective. Both can be taken advantage of but neither can be planned for, or in the case of disasters, wished for.

Alternatively, breaking out of silo-ed sectoral thinking can come from enabling different voices representing a variety of interests – and contradictory perspectives on ‘what the problem is’ – to be both heard and responded to. In fact, the environmental sector has been emphasizing the ‘everything is linked to everything’ systems thinking for many years. Now the business sector sees its own ‘ecosystem’ as a system that interacts with nature. This is an excellent opportunity to move from a discourse of critique to that of constructive engagement between contending voices.

The Nexus Governance: Harnessing Contending Forces at Work Synthesis Paper emphasizes that if we continue on a path where water, energy and food are managed in silos we can expect more, probably unpleasant, surprises. Change, however, is within our grasp.

The nexus approach stands a better chance of being successful in practice if dialogue, choice and implementation are mandated to lower level institutions, and wise governance gives space to contending voices from business and activist groups. National governments could work more openly with environmental and local business groups, development partners and local governments, to ensure the benefits and trade-offs are understood and balanced across the water-energy-food sectors.

With contributions from Katharine Cross, IWA and James Dalton, IUCN

The Nexus Governance: Harnessing Contending Forces at Work Synthesis Paper is part of a series that highlights best practice, and identifies connections between the multi-sectoral components of the nexus. The papers are designed to be stand-alone documents, but also relate to each other as key thematic areas in the nexus that have been identified from stakeholder discussions during the Nexus Dialogue on Water Infrastructure Solutions (www.waternexussolutions.org) between 2012 and 2015.

The complete set of synthesis papers will be released throughout the remainder of 2015 and includes:

To learn more about the Nexus Dialogue on Water Infrastructure Solutions, visit www.waternexussolutions.org

Blue Sky Thinking at the Nexus Dialogue on ...

The interdependency of water, energy and food – the nexus – is one of the critical issues of our time. The Water-Energy-Food Nexus Dialogue recently held ...
AgricultureClimate changeHealth
Marta Jimenez September 17, 2018

The UN reports that the world is currently not on track to meet Sustainable Development Goal 6 by 2030. What’s your assessment? The challenge with SDG 6 is th...
Sorry ! This author has no more posts.