The FAMAE foundation has announced the six winners of its Precious Water innovation competition, including the result of its International Water Association Prize. 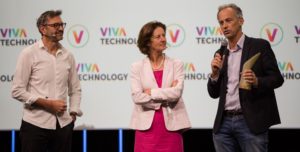 The competition, backed by a €2 million endowment, drew some 3000 candidates from 120 countries.

IWA President Diane d’Arras was a jury member, and the IWA Prize went to Hydrao, developer of a smart shower head that helps users limit water consumption in the shower.

The foundation launched what it says has been the world’s largest innovation competition dedicated to water following the successful launch in 2017 of a competition in the area of waste reduction and recycling, backed by a €1 million.

FAMAE is an independent family foundation, founded by Eric Philippon, supporting innovation in the field of the environment. It organises an international challenge every year, and the water challenge set was to design a simple and innovative product or service to help preserve water, make it cleaner, and make it accessible to everyone, all over the world.

COVID-19 and ‘Chasing for Water’: Let’s revisit the Everyday Experiences of Water Access in Poor Urban Spaces.   “……in most parts of our wo...
AfricaDevelopmentMembershipSDGs
Brenda Ampomah January 28, 2021

Utilities must build resilience to counter ...

Myths and Misconceptions about SWRO Desalin...

Water stress in different regions of India has made people to accept Seawater Reverse Osmosis (SWRO) desalinated water as an alternate solution to alleviate dro...