Recovery of river habitat in urban areas: collaboration between the Júcar River Basin Authority and cities

In the Júcar River Basin, the growth of cities has led to a progressive occupation of river space which, together with the deterioration of water quality, resulted in the degradation of associated habitats. Although the conservation of rivers in urban areas is a responsibility of local administrations, in many cases the high level of deterioration means that the municipalities do not have the capacity to undertake restoration actions alone. At the same time, the Confederación Hidrográfica del Júcar (CHJ) sees the restoration of rivers as a means for the recovery of habitats, thus contributing to the fulfilment of the environmental objectives of the European Union Water Framework Directive (WFD). For this reason, a space for dialogue between the two administrative levels was created, aiming at jointly developing actions that contribute to improve the state of water bodies, as well as to recover spaces of great ecological value in the cities.

In the Júcar River Basin, water pollution and dense urbanisation have led to rivers being modified to become drainage channels. The original ecosystems have been reduced due to increasing deterioration resulting in a greater risk of flooding as there is no longer any buffer zone.

The conservation of rivers in urban areas is a responsibility of local authorities and in recent decades many works have been carried out to improve sewage and purification systems, significantly improving water quality. Despite these efforts, the high hydro-morphological deterioration of the rivers in these environments does not allow for environmental recovery. In most cases the areas are severely degraded, and their hydrodynamic functioning is altered during floods, generating many problematic consequences and increasing the risk of floods. Often, the competent local administration does not have the economic and technical capacity to undertake the necessary river restoration actions, due to the high degree of degradation and complexity of these natural systems.

On the other hand, these actions imply an improvement in the ecological status of the rivers, and in this regard, the Hydrological Plan of the Júcar includes measures to achieve the environmental objectives of the WFD.

The Júcar River Basin Authority known in Spanish as the Confederación Hidrográfica del Júcar (CHJ) allocates water resources to urban (Valencia, Albacete, and Sagunto cities), agricultural (users associations), and industrial (Iberdrola power company) users. In addition to allocation, the CHJ has been working for a long time on river restoration actions, taking into account that when the degree of deterioration is high, maintenance is necessary for years after the action is completed, in order to reinforce its effectiveness.

Given that the scope of the CHJ is very broad and that a high percentage of the hydrographic network has problems of hydro-morphological alteration, the need for maintenance work exceeds the capacity of the organisation. In many cases (e.g., in urban areas) these works can be considered a responsibility of other administrative bodies.

In this context, the recovery of rivers in urban areas becomes an opportunity for dialogue and collaboration between the basin organization and the city councils, to address joint actions within their competencies, contributing to the achievement of environmental objectives, as well as the recovery of green spaces of high ecological value in the cities.

How is it impacting different stakeholders (especially urban)? Consider the Drivers for Action in the Action Agenda for Basin Connected Cities.

For many years, the CHJ has been promoting a cooperation programme with local councils for river restoration in urban or peri urban areas, which is put into practice through collaboration agreements.

Through these agreements, the Júcar River Basin Authority undertakes actions for the restoration of watercourses in the municipalities and the City Councils undertake subsequent maintenance works, according to the criteria established by the basin organization and under its supervision.

An example has been the need to remove invasive species (e.g., Arundo donax) from riverbank areas. Working with Ondara town council (in Alicante, Spain), the CHJ has carried out a first phase of action to remove this invasive species followed by a second phase of replanting with native species along the river banks. The City Council is in charge of the maintenance once the first phase is completed, controlling the regrowth, and is responsible for maintenance and replacement of the vegetation following the second phase.

Figure 1. Action on the Girona River currently underway through collaboration between the CHJ and Ondara Town Council (Alicante, Spain). 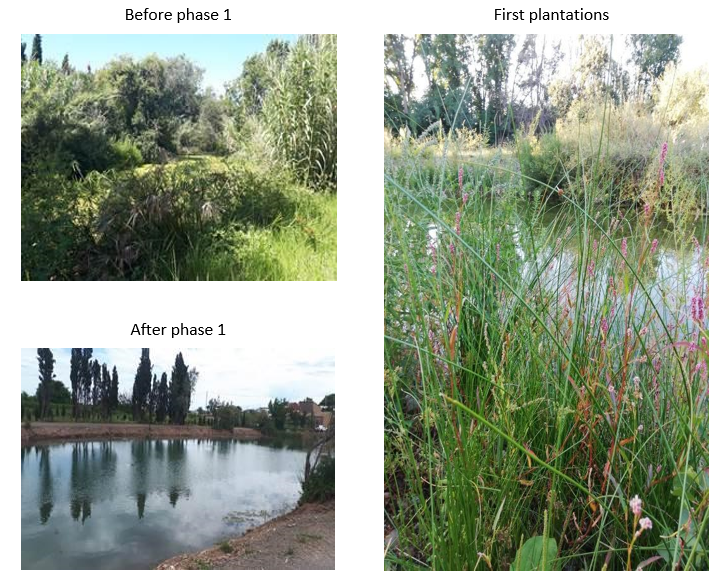 Figure 2. Action at the mouth of the Veo River, through collaboration between the CHJ, Burriana Town Council (Castellón, Spain) and the Limne Foundation. 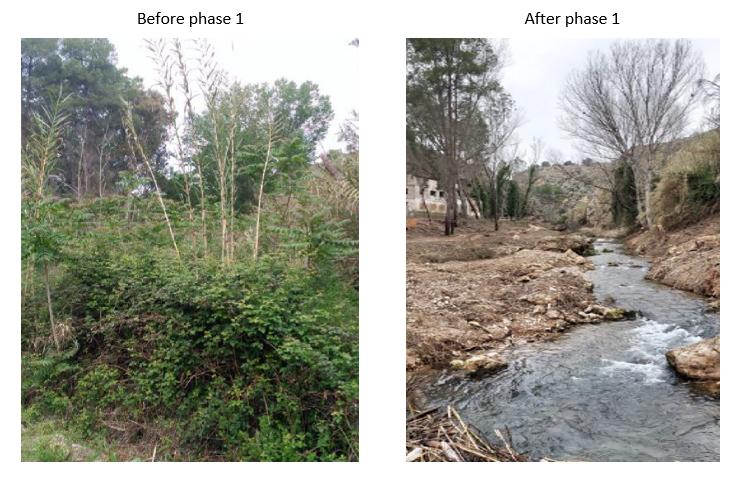 Figure 3. Action on the Tuéjar River currently underway through collaboration between the CHJ and Chelva Town Council (Valencia, Spain).

Figure 4. Action on the Serpis River currently underway through collaboration between the CHJ and the Villalonga Town Council (Valencia, Spain).

It has become clear that the involvement of the local administration in restoration projects is fundamental to obtain real visibility from the riparian population and, consequently, the acceptance and guarantee of subsequent preservation and conservation. This is because the state of abandonment to which most urban or peri-urban watercourses in the Jucar River Basin are subjected requires important maintenance works to contribute to the balance of the corresponding river habitat, with an increasing demand for these spaces from their inhabitants.

In many cases, the type of river we are dealing with is far from the idyllic images that the population has of it, given that our Mediterranean rivers have low (or even temporary or ephemeral) flows. We have seen that this hinders a positive evaluation from the population and, therefore, a real interest from the local administration on acting beyond the elimination of excessive vegetation that could increase the damage caused by floods. For this reason, it is essential to promote an environmental awareness programme that leads to a better understanding and acceptance by the population of natural areas and all the benefits associated with them, thus illustrating the link between city stakeholders and basin level actors.

The Júcar River Basin Authority (or “Confederación Hidrográfica del Júcar”) is a Spanish River Basin Organisation. It is an entity with its own law jurisdiction, affiliated with administrative effects to the Spanish Ministry of Ecological Transition, and has full functional autonomy, according to what it is established by Spanish water laws. The Public Water Administration is exercised for the intercommunity river basins by the River Basin Authorities, and within the intra-community river basins by the corresponding Autonomous Hydraulic Community Administrations (regional government of a group of provinces)  (article 16, Water Act).

Develop other functions derived from agreements with autonomous communities, local corporations, and other private or public entities.