The Guma Valley Water Company of Sierra Leone has become the first water company on the African continent to get an AquaRating certificate, setting an example for other water companies in Africa. It is the second in the world after the water company of Quito in Ecuador.

Water supply in Sierra Leone faces many challenges, characterized by limited access to safe drinking water. Despite ongoing efforts made by the government and numerous non-governmental organizations, things have not improved much since 2002, when the civil war that devastated Sierra Leone ended. Currently, it is stagnating at about 50 percent coverage and even declining in rural areas.

Since 2004, through the Local Government Act and a new decentralization policy, the responsibility for water supply in areas outside the capital was passed from the central government to local councils. However, in Freetown, the capital and largest city with 1 million inhabitants, the Guma Valley Water Company (GVWC) remains in charge of water supply and plays a key role in the water sector. 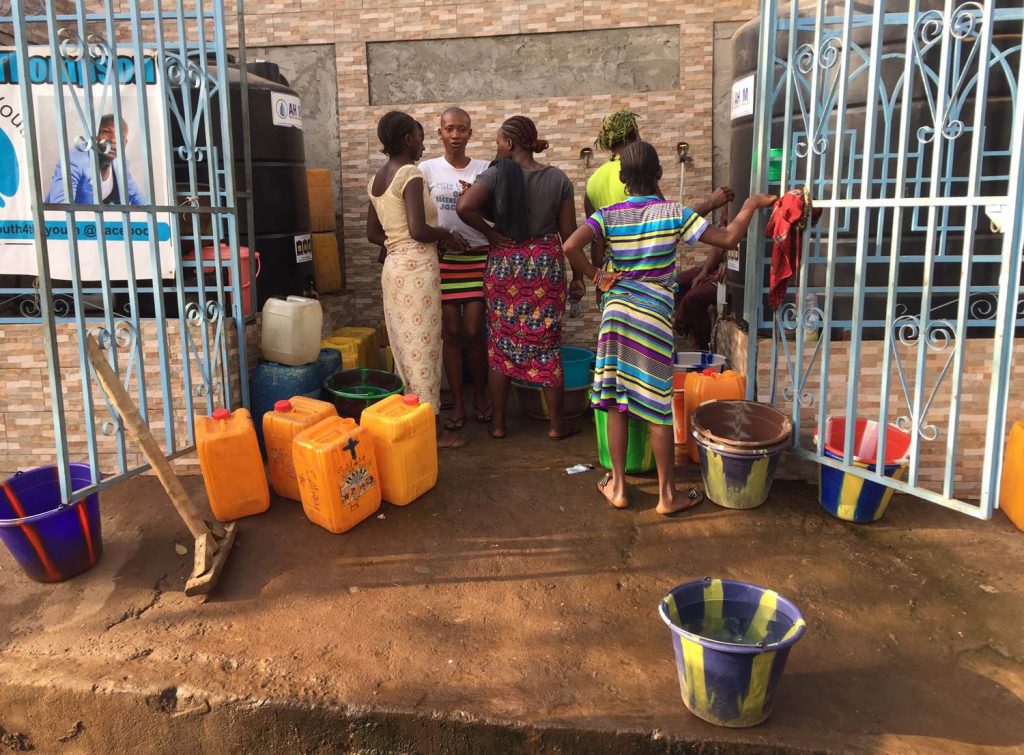 Like many cities in Africa, Freetown faces both a growing population and growing demand for water from domestic use, industry and agriculture. Responding to these challenges and the expectations of its customers, Guma Valley Water Company (GVWC) used AquaRating to establish a baseline of their performance, to inform action plans for improvement, and to enable improvements to be measured over time.

It was always expected that AquaRating would highlight areas that needed significant improvement. In particular, the technical, financial and commercial aspects of Guma Valley Water Company’s operations were not satisfactory. More positively though, it is among the few water operators engaged in a balanced and innovative approach to utility management, based on corporate governance that is financially self-sustaining.

While these findings indicate a long road to improvement, what GWVC has done is remarkable, given that Sierra Leone is a country emerging from a period of great difficulty. The West African country had regained stability after a decade long civil war from 1991 to 2002, but in 2014 the Ebola outbreak created a humanitarian crisis that strained the country’s resources to breaking point. A weak healthcare infrastructure meant there were more deaths from medical neglect than Ebola itself.

Since the AquaRating project in GVWC started in March 2016, there have been many milestones. The additional effort required from the utility staff was itself a challenge in a setting where human resources were already scarce, but throughout the year-long project there has been a strong determination to ensure its success.

Few utilities in the world have had the courage to be as transparent as GVWC, and many utilities that have applied AquaRating have been reluctant to share their results. Despite far from outstanding results, GVWC maintained its commitment to transparency, without which improvements and progress become far less likely. The utility now has a clear picture of where it stands today and, most importantly, where it wants to be in the future and how it can get there. The company is now more fitted to play its key role in improving access to safe drinking water in Sierra Leone.

This will not be possible, however, without political support. At a recent event to recognize the completion of the Aquarating process the Minister for Water Resources, Momodu Maligie, presented the AquaRating Certificate to Bankole Masaray, Managing Director of GVWC. “It is of utmost importance to use the results of the AquaRating to restart on new bases”, stressed the Minister. “It is a picture of the real situation of the company, without which there is no visibility or opportunity to improve performances in a sector that is vital to the country, and where changes are urgent and indispensable”.

This first implementation of AquaRating in an African utility is something of a test case for the assessment itself. Its success at providing a pathway to improvement will see the rating used to inform work being undertaken in the Millennium Challenge Corporation’s Threshold Project, focused on technical assistance and institutional strengthening in Sierra Leone; and, with interest from utilities in several other countries, AquaRating can help empower African utilities to meet the challenges they face in coming decades.

There is a huge challenge ahead for GWVC, but by daring to go through the AquaRating process it has demonstrated that business as usual is no longer working for African water utilities.

Important lessons were gained from the AquaRating process in Sierra Leone, key amongst which were:

Tapping the Power of Wastewater in Low-Inco...

Over 1000 people from 84 countries registered for the recent webinar on thermal and chemical energy recovery from wastewater. More than 50% of attendees were yo...
AfricaDevelopment
godfredamankwaa March 23, 2020

COVID-19 and ‘Chasing for Water’: Let’s revisit the Everyday Experiences of Water Access in Poor Urban Spaces.   “……in most parts of our wo...
Africa
Sarah Tibatemwa May 17, 2017

Faced with a fast rate of urbanisation and population growth, national and local governments are finding it difficult to provide essential services like safe dr...