Aging water infrastructure is an issue for many cities, and when coupled with the impacts of climate change and tight budget allocations to facilitate upgrades, utilities must get creative and innovative.

In the City of Buffalo, engineers and consultants did just that. In collaboration with Xylem, Buffalo Sewer Authority (BSA) deployed a novel solution designed to address the high volumes of combined sewer overflows (CSOs) the City had been experiencing.

The result is an IWA award-winning collaboration with Xylem that transformed Buffalo’s gravity sewer into an advanced managed conveyance and storage system. 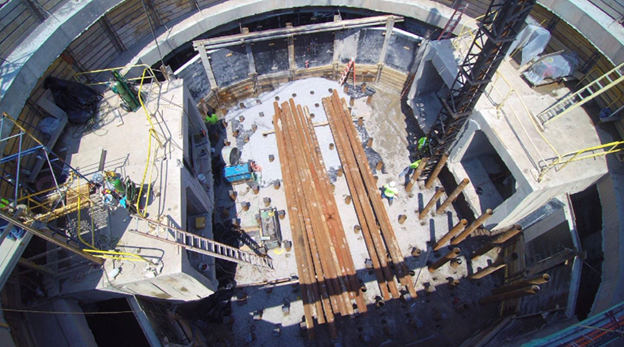 An innovative solution to an age-old problem

Reaping the rewards of an early embrace of hydroelectric power, Buffalo was the 8th largest city in the US in the early 1900s and a gateway for commerce and manufacturing. To accommodate a growing population, it built what was then a state-of-the-art combined sewer system. This collected and transmitted sanitary and stormwater flows within a single pipe system to the Buffalo River, Scajaquada Creek, and the Niagara River.

By mid-century, the City added a massive wastewater treatment facility and upgraded its sewer system to accommodate at least 750,000 people. The system captured dry weather sewer flows and sent them to the plant, but the combined sewer system was still designed to send most wet weather flows to the city’s receiving waters.

By the early 2000s the system was showing its age. Experiencing nearly 2 billion gallons of CSOs annually, the City was issued an administrative order in 2006 which required improvements to the collection system. Facing limited funds from a reduced ratepayer base, BSA needed an innovative, but cost-effective, solution to address the issue.

Following years of negotiations, BSA finally received approval on its Long-Term Control Plan for CSO abatement in 2014, with an estimated budget of $525 million.

During wet weather events, the smart sewer system takes data from sensors across the network to pinpoint where buildups occur, and capacity exists. When one part of the network is coming under pressure from localized rainfall, BSA’s network of real time control sites can increase conveyance or storage across the collection system to reduce the risk of overflows.

Transforming Buffalo’s massive gravity sewer system into a managed conveyance and storage system has surpassed expectations. Since 2017, it has sent more than 3 billion additional gallons of flow to treatment, and lowered the original budget needed to fulfill the administrative order by $145 million.

Rather than investing in costly new infrastructure, the City instead looked at what could be done to take full advantage of what was already in place. By deploying a real-time decision support system that leverages the power of data and analytics to optimize existing infrastructure, the City can now visualize, predict, and control flows in instances of wet weather.

As each weather event provides more data, BSA can expect increasing levels of system intelligence over time, resulting in additional cost and CSO reductions. Thanks to this innovative solution, not only has the City saved millions of dollars, but it is now one step closer to achieving its ongoing environmental, economic and water equity objectives.

The World Economic Forum recently published The Global Risks of Highest Concerns for 2016. Their findings highlighted that the Water Crisis will be the bigg...
SocietyUrbanisation
Tom Williams October 12, 2016

Utilities are starting to adapt as they observe the first impacts of climate change on their operation… but not so many feel the urgency to contribute to redu...
Sorry ! This author has no more posts.