COP 27: impressions, results and the importance of water

COP 27 closing plenary in the early morning of Sunday 20 November 2022, after two intense weeks of negotiations and almost two days of extension

“But then, if you are a water professional, what are you doing here at this climate change conference?” a delegate asked me in the early hours of Sunday 20 November 2022, on the eve of the eagerly awaited closing plenary of the recent United Nations Climate Change Conference, COP 27, in Sharm el-Sheikh, Egypt. “It is precisely that question that motivates me to participate also in this, my fifth consecutive COP” was my courteous and collegial answer to this question, “to contribute to raising awareness of the key strategic importance of water in the climate change issue”, I added.

Greenhouse gases in the spotlight

Indeed, it is the greenhouse gases emitted by mankind in ever-increasing quantities that accelerate global warming leading to climate change with ever less favourable effects. And, therefore, the efforts of the 198 parties that ratified the United Nations Framework Convention on Climate Change (UNFCCC) are focused on reducing and/or capturing emissions of greenhouse gases in the atmosphere, such as carbon dioxide and methane, to slow down and limit the increase in global temperature they produce, and to minimise their adverse effects.

In our daily lives, how much do we notice the increase of carbon dioxide and methane in our atmosphere? We can neither see or smell these gases. But as an effect of the global warming that these gases produce, we do notice the excess or scarcity of water through more and more frequent extreme weather events. Droughts in Nigeria and the Peruvian Andes, heat waves and droughts in Europe with historically low river levels, even in Germany and Italy, flash flooding in several places, large-scale flooding in Bangladesh, Pakistan, Australia and California in the US, are just some of the omnipresent recent cases. And they can cost lives, cause huge economic losses for rich and poor alike, and can quickly destroy decades of efforts. 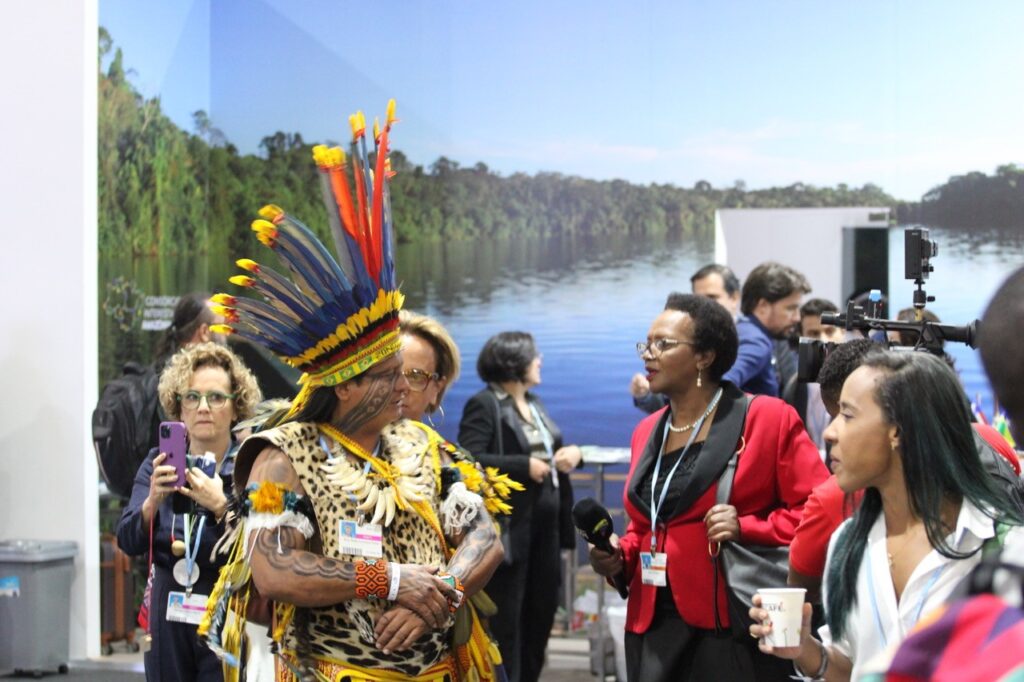 Getting closer to the dialogue on the importance of water, also for vulnerable populations

All indicates that the climate seems to be changing faster than expected. So much that some scientists believe that it will no longer be possible to completely reverse the ongoing process of climate change. This means that it is no longer sufficient to focus on greenhouse gases alone. We have to prepare ourselves now to face the adverse effects of climate change, which we are noticing especially through water excess or scarcity, in a global environment of growing populations and increasing demand for water in the right quantity and quality. If this is so, then water management is key.

No progress made at this COP?

Yes, progress have been made. Considering the current geopolitical environment affected by the armed conflict in Eastern Europe, the post-pandemic difficulties, and the attempts of the hydrocarbon industry to dilute the process that threatens its “raison d’être”, this COP can even be considered a success. Not only the multilateral efforts continue. The commitment to limit the global temperature to 1.5 degrees Celsius above the pre-industrial level was reaffirmed. For the first time the issue of “loss and damage” was put on the agenda of negotiations. As a result, the creation of a “loss and damage” fund for vulnerable countries was agreed, and the final declaration adopted by consensus among the parties mentions water for the first time within the adaptation targets for 2030. 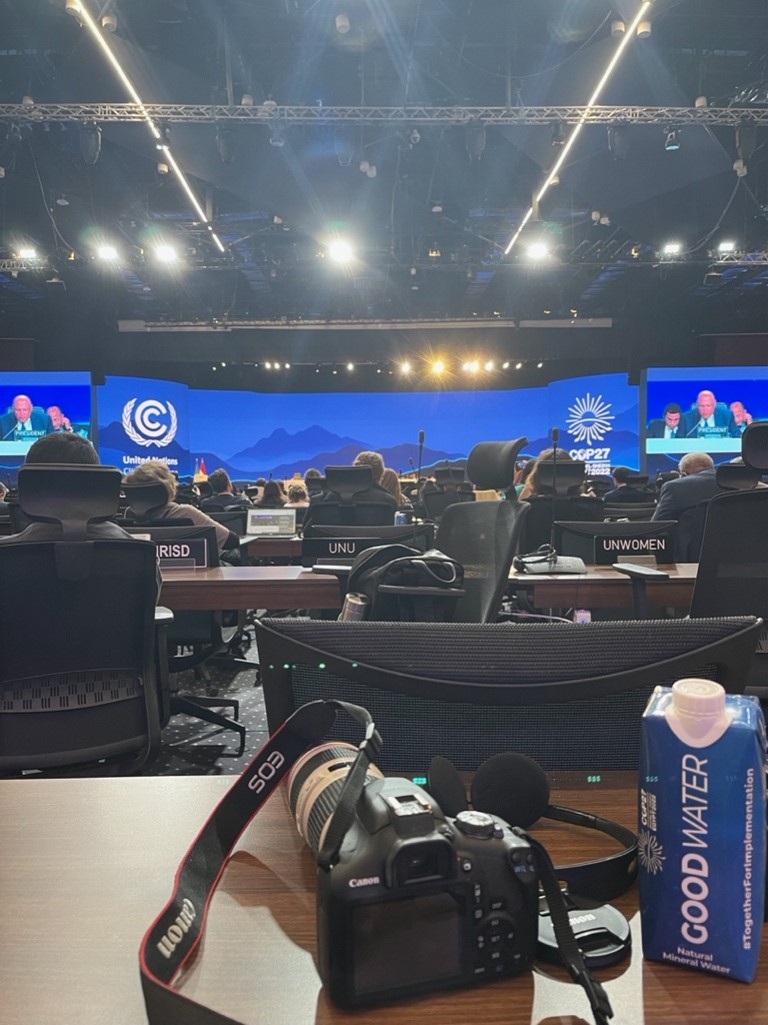 View from my seat during the closing plenary, COP 27 president speaking, on the table one of the water packs made available to delegates during COP 27

And the role of water professionals?

All point to the need for sustainable integrated solutions at basin level, balancing water offer and demand, and anticipating weather extremes of higher frequency and intensity. So, what should be the role of water professionals in negotiations and in mitigation and adaptation efforts? I would argue that they should play an increasingly strategic role. Agreed?

As right as rain, opening the floodgates to...

In an instant, Copenhagen was transformed into a scene from a Hollywood disaster movie. We were soaked to the bones in seconds, and the road we were walking dow...
Climate changeEnvironmentSociety
Paola Espinoza July 7, 2017

A different type of complaint for a changin...

It was almost the end of March, and I was ready for the typical complaint from my parents living in Lima, “it is so cold!” they would say, even when March i...
Sorry ! This author has no more posts.