The clean-up of the Tagus River and its estuary near Lisbon, Portugal, involved 19 municipalities and required active engagement of all stakeholders at each step, from strategy and planning to construction of infrastructure and asset management, as well as raising awareness with the public and industry. Led by the Águas de Portugal Group (AdP), the Tagus Estuary clean-up project addressed its high level of pollution and environmental degradation.

The project included an expansion of the wastewater treatment plant incorporating green infrastructure; construction of a wastewater drainage system along Lisbon’s waterfront area; and construction of several new WWTPs near some of the most important industrial districts, nature reserves and tourist areas.

The AdP Group was responsible for 680 million euros partially financed by the European Union and the European Investment Bank, to carry out technically complex interventions for the interception of domestic and industrial waste, its transport, treatment and return to the water cycle in environmentally safe conditions.

Today, the Tagus Estuary is an example of successful technical interventions, as well as achieving results in the reduction of pollutant discharge, stream rehabilitation and biodiversity conservation. Riverfronts have been restored for the public use, benefit and enjoyment; the river has become alive again and supports economic activities, while Lisbon became the European Green Capital 2020. 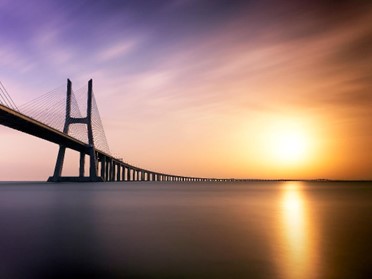 Put the basin’s fundamental characteristics at the centre of urban and suburban growth through the development of green and blue infrastructure. 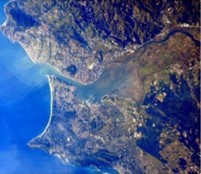 The Tagus Estuary is located in Portugal where the transnational river with the same name meets the Atlantic Ocean, near the capital city of Lisbon and its metropolitan area.

The estuary is an important natural reserve, the largest wetland in Portugal and one of the most important in Europe. There are 19 municipalities around the Tagus estuary with 2.8 million inhabitants, the highest population concentration in Portugal, and until a decade ago there was a concentration of highly polluting industrial activities on the banks of the estuary. The environmental degradation of the estuary could only be stopped by combined efforts and integrated solutions between the different stakeholders.

The Trancão River, a tributary of the Tagus near Lisbon, was one of the most polluted rivers in Europe at the turn of the 20th century. The Águas de Portugal Group, responsible for the management of various sewage systems in this area through regional companies, faced several problems, such as unreliable wastewater treatment facilities, the failure of the sewage network during storm events, constant floods in some areas, the discharge of untreated domestic and industrial wastewater in the river, and growing environmental degradation, with polluted beaches and important ecosystems at risk.

Economic activities such as fishing or green tourism were practically non-existent, and the cities in the area (Lisbon and Almada) did not see their riverside areas as spaces for enjoyment and leisure. 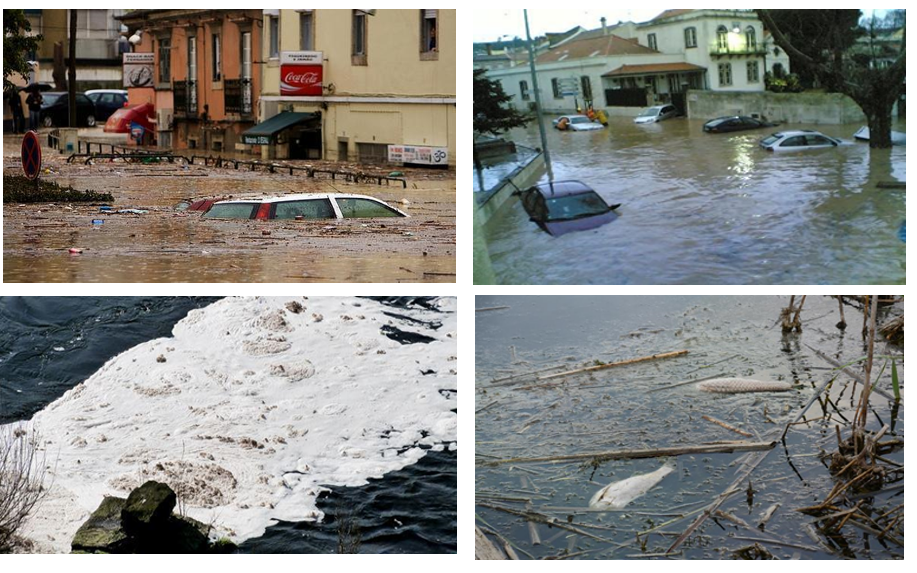 At the beginning of the century, political will, environmental awareness, the growing importance of tourism and European Funds were triggers for solving the problems. The 1998 Lisbon World Exposition (EXPO’98) marked the beginning of a period of change in the urban development and renovation of Lisbon, particularly visible at the waterfront. Beyond the impact of this large-scale event, which transformed the post-industrial areas of eastern Lisbon, an ambitious strategy was launched by the government and municipalities to carry out an environmental rehabilitation of urban areas, to invest in fluvial regulation and flood control, reforestation and in reducing pollution in streams and rivers. The Águas de Portugal Group started to implement an ambitious, large-scale, and technically complex plan.

The Águas de Portugal Group led the Tagus Estuary Clean-up Project over 15 years (between 1997 to 2012), benefiting more than 3.8 million inhabitants, and gathering together three wastewater companies and 19 municipalities surrounding the estuary. The project incorporated an integrated supra-municipal governance model that considered the physical reality prevailing in the river basin. The governance approach included convening  skills, shared management of assets, reorganization of these assets, construction of multi-municipal infrastructure (serving more than one municipality) and enabling economies of scale.

The project was completed in 2012 and was partially funded by the European Union and the European Investment Bank. The main guidelines were as follows:

The Alcantara WWTP treats urban wastewater of approximately 900,000 thousand households in Lisbon and its surrounding areas. The intervention included the extension of the largest WWTP in Portugal and the improvement of its treatment standards (for secondary treatment followed by disinfection prior to reuse or discharge), odour treatment and landscaping.

One of the innovative aspects of this WWTP is its green roof, which fits the landscape of the city  next to a natural park and has benefits in terms of thermal and acoustic insulation of the facilities. 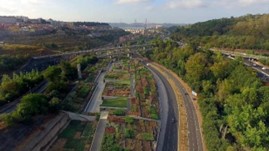 2. Intervention plan for the sanitation of the waterfront area of downtown Lisbon

This intervention consisted of the construction of a wastewater drainage system along Lisbon’s waterfront and its routing to treatment in the Alcantara WWTP, integrating the centuries-old infrastructure of the city’s historic centre into one of the most modern wastewater collection and treatment systems in Europe.

Also, there was construction of 2 interception chambers (with tidal valves) in the old drainage pipes from the 18th century, as well as interceptors and wastewater pumping stations for transport to the Alcantara WWTP.

3. WWTPs on the south bank of the Tagus River

There was construction of several new WWTPs on the south bank of the Tagus River, near some of the country’s most important industrial districts and nature reserves. One of the largest treatment plants serves the municipalities of Barreiro and Moita and was designed to treat wastewater volumes of 295,000,000 population equivalents, at an average flow of 64,800 m³/day, which represents a benchmark for the entire Setúbal peninsula. 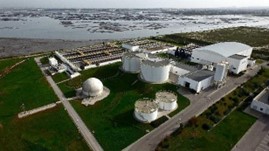 The Guia WWTP treats the wastewater of 800,000 people in a major tourist area. The intervention allowed the conversion of the old WWTP into a new plant with two facilities; one liquid phase and one solid phase,  which has been in operation since 2010,  integrating the production of biogas energy from slurry and a pipeline connecting the two facilities. After treatment, the wastewater is discharged 3 km away from the coast.

This vast set of technically complex interventions was crucial to ensure the proper collection of domestic and industrial wastewater and its transport, treatment and return to the natural environment in conditions of good environmental safety. The sewage systems implemented at the time were among the most modern and innovative in Europe.

The Tagus Estuary sanitation project is an international textbook case for its complexity and excellent results:

a) Increased efficiency and resilience in terms of operation and overall performance of the wastewater systems.

d) Significant and steady increase in the number of Blue Flag[1] beaches over the years.

[1] Blue Flag (https://www.blueflag.global/) is one of the world’s most recognised voluntary awards for beaches, marinas, and sustainable boating tourism operators. In order to qualify for the Blue Flag, a series of stringent environmental, educational, safety, and accessibility criteria must be met and maintained. The Blue Flag National Operator for Portugal is ABAE – Associação Bandeira Azul da Europa (https://abae.pt/).

To effectively contribute to basin management requires an integrated approach and the active engagement of all stakeholders at every stage of the process, from strategy and planning to infrastructures construction and asset management, as well as the public and industry outreach.

What are the next steps?

Strategic asset management is a pillar of sustainability for this project. Innovative solutions are being explored and implemented to adapt to climate change, including water reuse, green energy generation, compost from treated sludge, and flood prevention, among others.

“Bringing back life to the Tagus River” video: https://www.youtube.com/watch?v=QT0FTX2QBxI&t=7s

The AdP – Águas de Portugal group plays a structural role in the sector in Portugal and covers the areas of water supply and wastewater treatment.

Through its various companies, the group is present throughout the country, from the north to the south of Portugal, providing services to municipalities that are both shareholders of the companies managing the multi-municipal systems (“bulk” systems) and directly serving the populations through the municipal systems (“retail” systems) providing water and wastewater systems.

Over the past 26 years, the AdP Group has invested over €6.3 billion which, combined with its planning and implementation capacities, operational and financial management experience, the development of innovative solutions and the high level of commitment and dedication of its staff, has resulted in major improvements to these essential public services. The result is positive and tangible impacts on environmental quality, public health, service standards and the overall sustainability of the sector.