As toxic mining waste spilled into the Rio Doce from a burst dam last November, Brazil’s president Dilma Rouseff proclaimed it “natural disaster”. Yet commentators from around the world agreed that what we were witnessing was the worst environmental catastrophe in Brazil’s history.  What follows is an examination from different members of the International Water Association intern team in The Hague, of the factors contributing to the collapse of the dam, and an evaluation of its potential consequences. 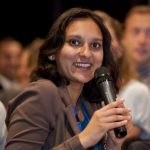 It seems that the Rio Doce disaster uncovered a thick web of corruption, political and economic entanglements, as muddy, opaque and even as toxic as the Rio Doce mud.

The first time I heard about the mining disaster and large scale contamination of the Rio Doce (the sweet river) was a short note that somebody had posted on Facebook. The Fundão dam supporting the reservoir of the Samarco mine had broken and the waters in the delicate ecosystem of the Rio Doce estuary were turning brown. Being a young water professional the sight of a brown muddy river, tons of dead fish and devastated land touched me.

As the flow of information trickled out on the 6th of November, one day after the dam burst, I turned to social media to find out more. In an interview with Brazilian photographer Leonardo Merçon, who lives in the neighboring state of Espírito Santo, he described the color and consistency of the water being like thick hot liquid chocolate. People thought that the mud would dissolve in the water, and the animals and aquatic life wouldn’t be badly affected; but many miles down the river NASA satellite pictures showed mud clouds spreading down the coast of Brazil. Leonardo Merçon remarked, “All life in the river is dead. The river itself is dead. That’s what they say”.

Is the water really toxic? What effect does it have on human health and ecosystems?

The Fundão dam was used to store waste mining products, like mud and metal rejects. The retention basin was built with cement and was several decades old. The mud that solidified in the damn was loaded with arsenic, mercury and lead. People say the entire periodic system can be found in the river.

Contaminated by lead and arsenic, the water also lacks oxygen, which has killed almost all the fish. There have been unofficial reports that cases of diarrhea and skin diseases have increased by a 1000 percent. It’s not only fish that have been affected, mammals and birds have also died in great numbers, and the vegetation at the margins of the river has been destroyed.  It will be extremely difficult for the river to recover without an intact eco-system.

Members of the Krenak tribe who live about 300 kilometres downstream from the disaster site say that the river water, their only source of drinking water, is now undrinkable. To a small village with fewer than 2,000 residents, dependent on fishing, tourism and marine conservation, the arrival of the contaminated mud represents an existential threat. People are deprived from their livelihood.

To understand the economic activity behind this disaster, we need to understand the important role of mining in Brazil’s economy. Mining in this region dates back to an 18th Century gold rush, and today the majority of valuable minerals are to be found in Brazil’s poorer regions. Desperate for jobs and wealth creation, it’s claimed that safety and environmental protection have been pushed aside to maximise profits.

What about the regulatory structure?

Regulation is two-fold: there are broad institutional and governance regulations and there are mining-specific regulations. The mining policy is set at the federal level, but its execution is at local level. A critical feature of this system is that at the municipal level administrations are unevenly funded: this is coupled to a political cycle which disincentives strategic planning and long-term financial investment.

While many questions remain unanswered, negligence and lax safety measures appear to be a significant contributing factor to the cause of the disaster. Carlos Pinto, who leads a team of environmental prosecutors for the state of Minas Gerais is investigating whether a tailings pond, a reservoir for water with mine waste held by the dam, was too full. He recently said that the, “Negligence means the absence of due care in the operation or monitoring of the dam”.

And, one last question remains: what was the actual cause of this huge break? It was certainly not a natural disaster; there was no earthquake or landslide that could have shattered the structure of the dam. 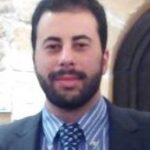 The economic importance of mining to emerging economies, and wealth generation for communities, demands that environmental scrutiny should be centre stage.

The mine operator, Samarco, is co-owned by mining giants BHP Billiton and Vale, and thanks to an opaque record keeping it’s difficult to find conclusive evidence of responsibility for the disaster. Samarco and the state and national governments are now engaged in a war of accusations over where liability rests. The government, which used to control the safety of the dam, has sued the companies for environmental restoration and compensation for the victims. The companies argue that, despite the existence of a report 3 years ago warning that the dam was endangered due to bad maintenance, the government was responsible for communicating this information.

Campaigners point accusingly at the financial contributions the mining companies have made to political parties, particularly at the state level, and question the ability for a fair and transparent inquiry.

It seems clear that a link can be made between bad maintenance and bad practices, and the collapse of the dam. Of course, like all human activities, there is potential for accidents in the mining industry and we shouldn’t fall into the trap of jumping to conclusions about the mining industry as a whole. I believe it is possible to develop a safe and environmental-minded mining industry. It has been done successfully in Canada, Australia, the United States and China.

What’s needed is rigorous and impartial regulation and control of such industries to ensure that they are implementing adequate safety measures and best practices. The economic importance of mining to emerging economies, and wealth generation for communities, demands that environmental scrutiny should be centre stage.

The aquatic ecosystem in this region has been stretched beyond its limit, first by pollution from cellulose industries and more dramatically by mining waste flooding through the river.

This mining disaster in Brazil has made me reflect on its implications for the aquatic fauna and flora of the Doce River. The release of toxic chemicals like lead and mercury into the water comes on top of previously reported pollution of the river by cellulose industries in the state of Mina Gerais. These two disasters, within an 18-month period, have resulted in the death of several species of fishes, zooplanktons and phytoplanktons inhabiting the Doce River. There seems little doubt that the aquatic ecosystem in this region has been stretched beyond its limit, first by pollution from cellulose industries and more dramatically by mining waste flooding through the river. This raises the question of the sustainability of the freshwater ecosystem and, by extension, the marine ecosystem where the Rio Doce empties into the Atlantic Ocean.

Many fish species, including some rare species found only in the Rio Doce, have been reportedly killed after the mining disaster. This implies that some species, including other animal and plants, could be pushed towards extinction. Although biologists and nearby villagers have taken the initiative to rescue some of these fishes, local ecosystems have been wrecked. The continued sustainability and productivity of the Rio Doce is now in doubt; and as the toxic sludge reaches the Atlantic Ocean, more marine inhabitants are likely to fall prey of this tragedy of errors.

Finally, a New Political Vision of Water an...

It may be a familiar refrain, but 2015 is truly an historic year for water. Solving global water challenges is now recognised as one of the top priorities for h...
AfricaAgricultureEnvironmentHealthSociety
Marie R. Sagen January 19, 2017

As the sun sets over the lush fields in the Indian city of Kolkata, it suddenly dawns upon me: this is the circular economy in action. It may be a low-income, l...
EnergyEnvironmentSociety
Tom Williams July 14, 2016

In moving towards a more sustainable world, we are encouraged by policy makers and thought leaders to apply a ‘systems’ approach and seek ‘integration’....
Sorry ! This author has no more posts.