A wake-up call: how extreme weather events have prompted reforms in Thailand

It has been seven years since Thailand was ravaged by severe flooding, significantly weakening both the economic and social environments of the country. Attributed to both natural and man-made factors, flooding in Thailand is common during the monsoon seasons. However, what was witnessed in 2011 was the worst flooding in half a century.

According to the Geo-Informatics and Space Technology Development Agency (GISTDA), floodwaters inundated 90 billion square kilometers of land, more than two-thirds of the country, ranking the natural disaster as the world’s fourth costliest disaster as of 2011. 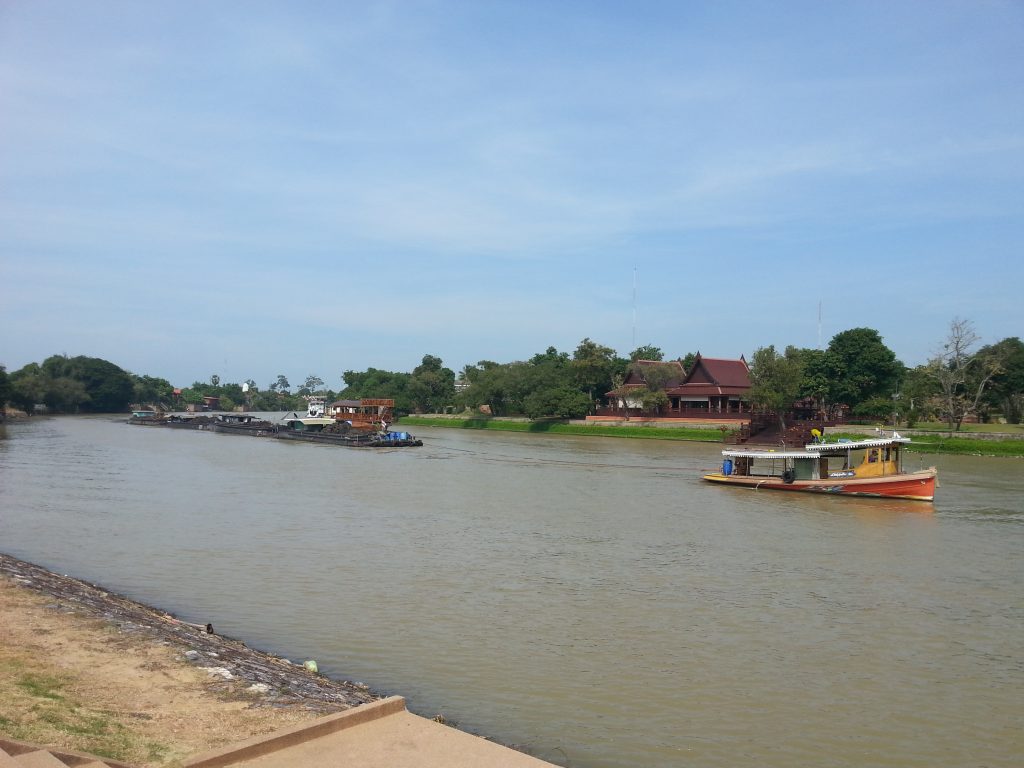 Chao Phraya River which flooded in 2011

In 2016, Thailand experienced its worst drought in over a decade, with water levels in the country’s largest dam lower that ten percent of its potential capacity. The agricultural sector which contributes a significant share of the country’s GDP, and so the largest water consuming sector in Thailand, was highly vulnerable to the reduction in water availability, experiencing a drop in crop production and consequent decline in GDP.

It is no surprise that the 2011 flood and 2016 drought have influenced management and planning practices in Thailand. The lessons learned in 2011 for example, raised a need to make institutional changes, including more defined roles of the more than 30 Dr. Piyamarn Sisomphon, the Head of Hydro Modelling at the Hydro and Agro Informatics Institute (HAII) in Bangkok, explained that with these new changes “if [a flood] happened again, it is clear who is doing what, where to get data and information from, what kind of data is needed [and] how to deal with the situation”.

The flood and drought experiences in Thailand prompted capacity building efforts. It was also an opportunity to introduce new systems and projects to improve the resilience and preparedness of Thailand. Beyond the institutional capacity building, communities who experienced the floods head on were encouraged to learn how to prepare for possible future disasters. Dr. Sisomphon explained that there is still a lot of work to be done, as the “capacity of each organisation is different, including capacity of the local staff [in] local area[s]”. 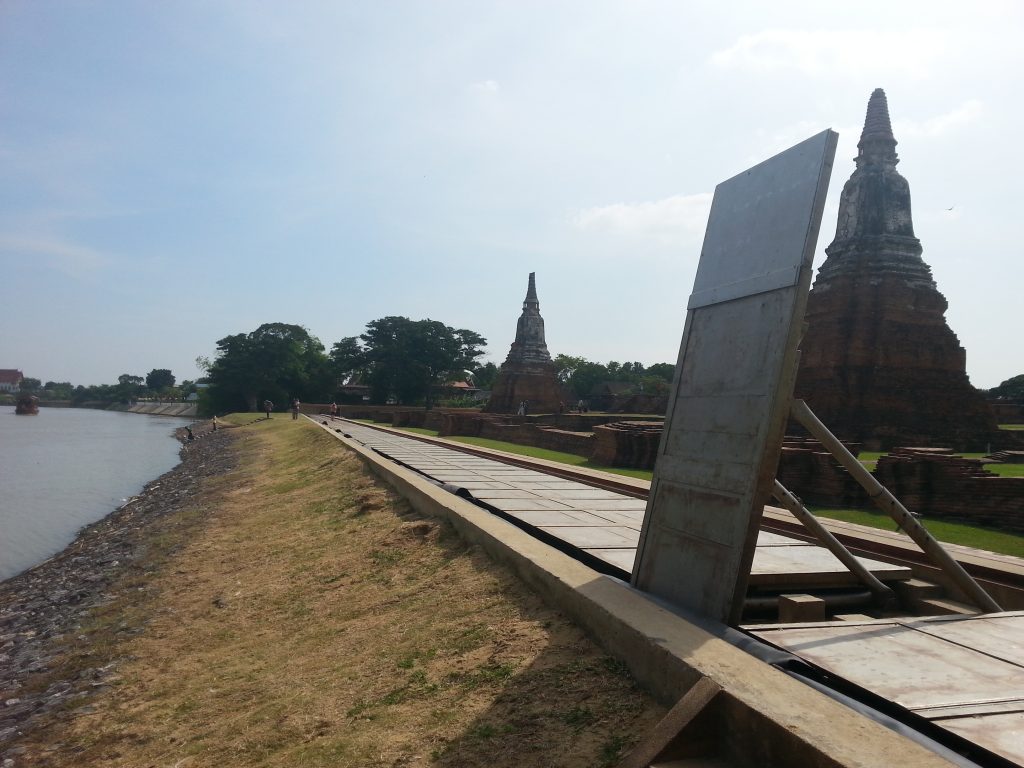 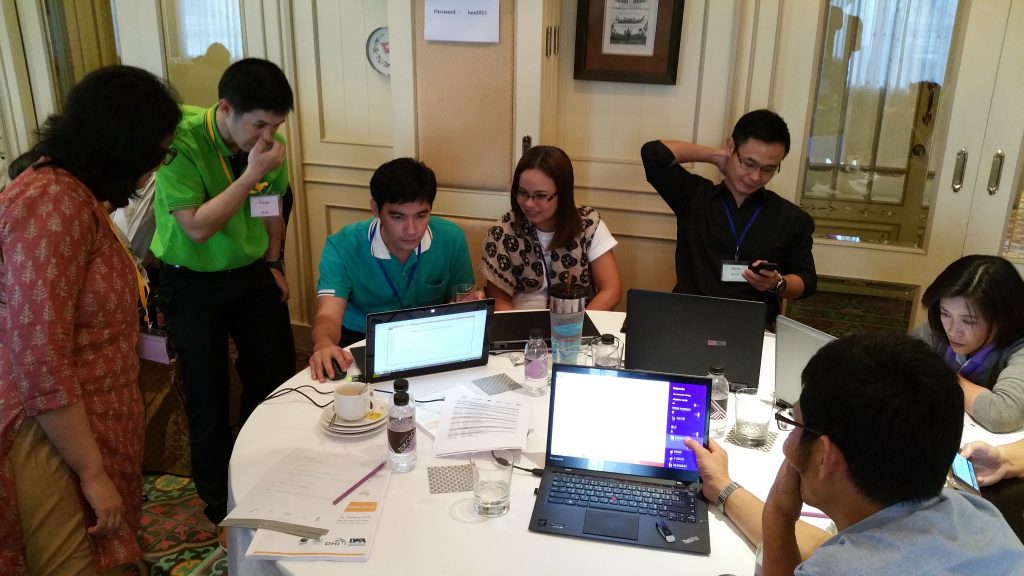 The Flood and Drought Management Tools (FDMT) project, a Global Environment Facility (GEF) International Waters (IW) funded project, implemented by the UN Environment, with the International Water Association (IWA) and DHI as the executing agencies, has developed the Flood and Drought Portal providing a methodology with tools which can be applied individually or together at the basin or local level to facilitate the inclusion of information about floods, droughts and future scenarios into planning such as Integrated Water Resources Management (IWRM). The following video explains the project approach to addressing the impacts of flood and drought management.

For HAII, the project has been a welcomed intervention as it has provided a motivation to change the modus operandi by integrating the use of more satellite data into their efforts.

The Flood and Drought Portal has been helpful in improving the capacity around the use of satellite data and applying it to the local context, says Dr. Sisomphon. For example, the Department of Royal Rainmaking and Agricultural Aviation uses the information and tools for monitoring the drought situation and planning for their operations, whilst the Department of Agriculture Extension uses the tools for monitoring drought situations and planning for crop agriculture. These practices and uses of satellite data and information was previously never used by these departments.

Furthermore, there has been a significant improvement around how data is shared among various organisations addressing flood and drought impacts.

There is no doubt that there is a need for enduring and resilient water management approaches in which safety, nature, and economic prosperity are taken into account. In Thailand, in situ data and information, complimented by satellite information, will help navigate the planning for and monitoring of extreme events now and in the future. Dr. Sisomphon foresees the use of the Flood and Drought Portal across organisations, where institutes such as the Royal Irrigation Department will see the benefits for monitoring and planning the irrigation area in Thailand and water in reservoirs across the country.

Other organisations such as the Department of Water Resources (DWR) and the Department of Agriculture Extension can complement their current management and monitoring approaches by using the data and information provided by the portal. GISTDA, who are experts when it comes to satellites, accessing freely available rainfall, temperature and humidity data; can contribute further to the many services they already provide.

Whether it was seven years since the devastating floods or two years since the severe droughts, these events will remain a good reminder of the consequences of extreme weather and the reality of climate change. Thailand is likely to be burdened with more extreme weather and climate events in the future. Thus while progress is being made, many opportunities for further progress still remain as there is always much to learn and many areas on which to improve.

About the Flood and Drought Management Tools project

The Flood and Drought Management Tools (FDMT) project, a Global Environment Facility (GEF) International Waters (IW) funded project, implemented by the UN Environment, with the International Water Association (IWA) and DHI as the executing agencies. The project is developing online technical applications to support planning from the transboundary basin to water utility level by including better information on floods and droughts. The project is being implemented from 2014 – 2018, with 3 pilot basins (Volta, Lake Victoria and Chao Phraya) participating in development and testing of the methodology and technical applications.

For more information on the Flood and Drought Management Tools project, visit: http://fdmt.iwlearn.org.

Dr. Piyamarn Sisomphon has been working as a water engineer with 8 years experiences in the field of hydrology, water management and hydrodynamic modelling. She has a PhD in Coastal Geosciences and Engineering from University of Kiel, Germany and has... Read full biography
Climate changeEnvironmentSociety
Katharine Cross October 17, 2015

Water Quality in the Era of Climate Change

Climate change and variability directly affect all parts of the water cycle, from snowmelt to the timing of rainy and dry seasons. Water is the medium through w...
Climate changeSociety
Mona Grieser September 19, 2018

The water you already have is the cheapest ...

Water resource challenges in the Philippines For many people in the Philippines, water through heavy rains has always been an abundant resource. More recently h...
Climate changeEnvironmentSociety
Queensland Government October 7, 2016

Queensland’s variability in rainfall is among the highest experienced in the world. This rainfall variability leaves the State vulnerable to extended dry peri...
Sorry ! This author has no more posts.