IWA’s Membership Awards acknowledge and celebrate the achievements of IWA’s members who make significant contributions both to the IWA and to the water sector. The IWA Membership Awards are awarded through a peer-to-peer committee. With recognition being one of the cornerstones of the IWA network model, these Awards are an important pillar of the network. They are presented every two years at the IWA World Water Congress & Exhibition.

Honorary Membership – Award recognising a career devoted to progress in the sector and to the Association.

Why in Honour of Dr Samuel H Jenkins?

Why in Honour of Dr Karl Imhoff and Dr Pierre Koch?

In 1987, the International Association on Water Pollution Research and Control (IAWPRC – a predecessor of IWA) initiated the Karl Imhoff-Pierre Koch Medal, in honour of two of its foremost honorary members. Dr Karl Imhoff (1876–1965) a pioneer of wastewater treatment used throughout the world. He provided not only significant technical innovations, but also design rules derived from experience in the operation of sewage treatment plants. He wrote a book ‘Handbook of Urban Drainage’ in 1906, which today is released in new editions. In its 100-year history, the book has been translated 40 times and has appeared in a total of 20 languages. Dr Pierre Koch (1895-1978) started his engineering career at the port of Bordeaux, where he was appointed from 1923 to 1927. He was later stationed at the City of Paris, where he became the Director of Water and Sanitation in Paris. In 1950, he was also appointed Professor of Hydrology at the École des Ponts ParisTech, where he taught until his retirement in the 1960s. Known for his work as a hydraulic engineer, his main work was in the field of water supply and wastewater disposal.

The Awards specifically recognise individuals for their contribution and achievements while a member of IWA.

Each winner will receive a trophy and certificate honouring their contributions. The award is presented at the IWA World Water Congress and Exhibition. Subsequently, further profiling will be facilitated, including interviews for IWA communications, e.g., the IWA magazine The Source and / or the IWA website.

Am I allowed to nominate myself?

Self-nomination for the membership awards is permitted.

If the deadline is over and I forgot to submit a nomination. May I still send my nomination to be considered for an awards?

If the nomination for the award is closed. It means that the judging process has started. If you did not submit your nomination yet, unfortunately it won’t be possible to be considered for the award.

Is more than one person able nominate me for the award?

You are able to be nominated by others, however only one nomination will be considered.

I am based in a different country then my nominator(s). Are they still able to nominate me?

Am I able to send my nomination in a different language?

We are not able to receive a nomination from different languages. The only language we are able to get your submission is in English.

We will only accept nominations that have a nomination file attached.  Any documents that do not follow the guidelines will not be accepted. Helena has a wide national and international R&D experience on urban water systems, particularly in the fields of performance assessment and strategic asset management; she led the team who developed the IWA PI system, as well as the team who developed the Portuguese national regulatory system for quality of services assessment. Helena has had multiple roles within IWA: member of the IWA Strategic Council, chair of the IWA Strategic Asset Management Specialist Group and Management Committee Member of the Benchmarking and Performance Assessment Specialist Group. She was IWA senior vice-president in 2010-2012. Helena also received the 2016 Outstanding Contribution to Water Management & Science Award. Read more. 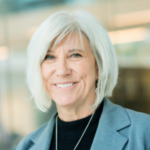 Joan is an international authority on water microbiology, water quality, and public health safety, and she co-directs both MSU’s Center for Advancing Microbial Risk Assessment (CAMRA) and its Center for Water Sciences (CWS). Joan, together with her water detectives, are developing new genetic analytics to study waterborne health threats. Water quality studies today tend to focus on the indicators of pathogens, but Joan’s work targets actual threat agents such as viruses, mapping water quality and health risks in waterways throughout the world. Joan is a pioneer in the emerging science of viral metagenomics – sequencing virus DNA in water sources, discharges and shipping ballast using next-generation high-throughput technology. Joan has been a chair of the IWA Specialist Group on Health-related Water Microbiology, she is a Distinguished Fellow, was a Board Member from 2016 until 2021 and chaired the IWA COVID-19 Task Force. Read more.

Gérard is an experienced practitioner of water management and delivery of water services. He has been working for 30 years to solve water issues in many countries all around the globe. Today, he acts in various capacities to better mobilize the international community towards improving water management and achieving the water-related global targets (SDGs). As Chair of the IWA Strategic Council and Member of the Board from 2006 to 2016, he strived to assist the International Water Association to remain a well-governed membership organisation, and to become respected as the global voice of water professionals. He also guided IWA on the road towards Sustainable Development Goals and he was awarded the IWA Outstanding Service Award in 2016. His efforts to make the human right to safe drinking water and sanitation a reality, led him to contribute to the related Manual for practitioners. Read more.

Throughout her career, Diane D’Arras has held many positions of responsibility and was able to develop extensive operational experience within utilities, first in her native country France and since 1993 worldwide within different continents. This has enabled Diane to gain broad vision and experience both nationally and internationally within developed and non-developing countries worldwide. Diane’s experience has made her conscious of the various issues faced by international organisations and is therefore highly aware of the diversity of circumstances and challenges facing our world today within the water sector. She served as IWA President from 2016 to 2021 and has been a board member of the Association since 2010. She has been added to the Presidential Roll of Honour as a Past-President of the Association. Read more. 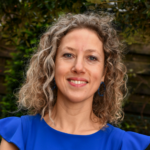 Eveline Volcke is a professor at Ghent University, Belgium. She is the founder and head of the ‘Biosystems Control (BioCo)’ research group, focusing on efficient and sustainable process design and control. Eveline has been an active IWA member for almost 20 years. She is an IWA Fellow and has served in the IWA World Water Congress Programme Committee since 2015. Read more.

Jurg is a leading water professional with nearly 30 years’ experience mainly in academic research and teaching but always in close collaboration with the water industry. His key focus is on urban water management aspects, particularly optimal integration of water and wastewater services and processes, using innovative technology and system solutions. Jurg is a Distinguished Fellow of IWA and of the Australian Academy of Technological Sciences and Engineering, and has received several awards and recognitions. Jurg played a key role in the IWA WWC&E in Brisbane in 2016 through his role o the Host Committee, was Chair of IWA Australia for many years and has also served with distinction as Chair of the Programme Committee covering numerous Congresses. Read more. 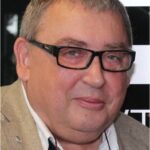 Prof Wanner, from the University of Chemistry and Technology in Prague, Czech Republic, has made significant contributions in the field of sewage treatment. He is an IWA Distinguished Fellow and his involvement with IWA spans 35 years. Prof Wanner’s, during which he contributed to the work related to his specialist areas through specialist groups, conferences and supporting the association activity in central Europe, including 25 years as Chair of the Czech Republic Governing Assembly. Read more 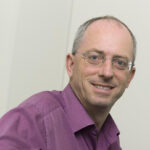 Van Loosdrecht is a Professor at Delft University of Technology, Netherlands. He’s an IWA Distinguished Fellow with an outstanding career in wastewater treatment with experience in the development of innovative recovery processes. With over 30 years of commitment to IWA across many activities, he contributed to the development of 15 conferences, is part of the IWA Strategic Council and has chaired various Specialist Groups. Read more.

Professor Wolfgang Rauch was awared with the 2018 IWA Outstanding Service Award. Acting professor at the University of Insbruck in Austria, he is an IWA Fellow and has taken on many leadership roles within the organisation.

Gérard Payen has been  nominated as the recipient of the 2016 IWA Outstanding Service Award, for his tremendous contributions to the IWA, including his ongoing involvement as Chair of the IWA Strategic Council and part of the Board of Directors.

Helena Alegre has been nominated as the recipient of the 2016 IWA Award for Outstanding Contribution to Water Management and Science, for her outstanding contributions to the IWA, including her involvement as IWA Fellow, Chair to the IWA Specialist Group on Strategic Asset Management and as member of the IWA Strategic Council among others.

Professor emeritus Hallvard Ødegaard has been nominated as the recipient of the 2016 IWA Honoray Membership for his many years of dedication and contribution to the IWA. Since 1976 he has served IWA through multiple management assignments  on boards, committees, task groups and specialist groups.

Professor Helmut Kroiss has been nominated as the recipient of the 2016 IWA Honorary Membership & the Presidential Roll of Honour, for his longstanding contributions to the IWA and his years of service as IWA President since 2014.